Maurice and Blake had the outside of their Highland Park craftsman in good shape but inside was a different story - until HGTV's Nicole Curtis lent a few helping hands.

When Maurice Turner, Blake Milness, and their dog, Lance Bassett, moved into their craftsman home in Highland Park recently, it was after a dramatic overhaul and help from a reality TV expert.

Maurice and Blake bought their Highland Park home for $30,000 two years ago. The century-old house was a disaster with water everywhere.

"I was like you guys are in over your heads here," said Maurice's twin brother, Marcus.

The Turner twins are no stranger to rehabbing homes and already tackled one in Detroit's University District and it was a beautiful transformation.

But the Highland Park house was a different story.

"It had a lot of water damage. The roof was almost caving in. We bought it about two years ago and we've been working non-stop on it," said Blake.

From the outside, it looked awesome and they had great contractors working inside but the damage was great, it was taking forever. 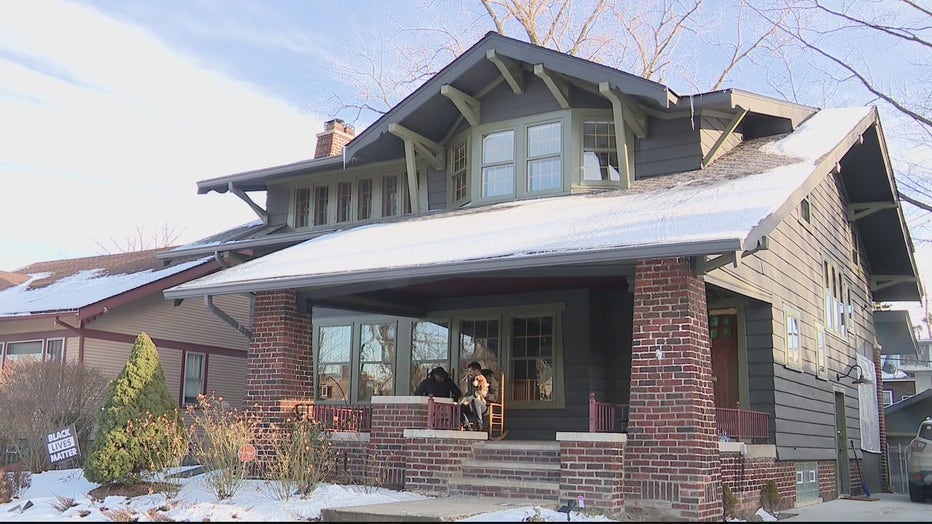 "Honestly we just were working on it for so long it felt like we were never going to get to that point where we could actually move into the house and make it our home," said Blake.

"We just were thankful because we were in over our heads and we needed some help," said Maurice.

"We all come together - we work great together and we just get the projects done," said Robert Prothero.

"It was really a matter of okay: let's start here, let's start there, let's get through your list, and let's get it done - and we were able to do that in just a couple weeks. Our major work was done in four days with the guys working alongside of us," said Curtis.

Even Marcus, who does interior design, got to get his new business involved.

"We're Work Co, based in Birmingham. We do have two exclusive furniture lines that we incorporated into the staging," said Marcus.

We're not able to show you what they did because that's being saved for Curtis' new who on Thursday but the inside is amazing. Maurice and Blake, who got engaged last year, are now able to focus on something else.

"Now we're at a point where we actually have time to plan our wedding," said Maurice.

You can see Maurice and Blake and watch their home makeover Thursday at 9 on HGTV.

You can follow Maurice and Blake's rehab project at www.rehabhighlandpark.com