A building next to God’s House of Prayer Baptist Church in Highland Park is partially collapsed after a fire months ago. The pastor and churchgoers want the dangerous building gone.

Now, the dilapidated structure is partially collapsed, making for both an eyesore and a safety concern.

"I’m just praying that nobody gets injured, or the wind doesn’t blow," Pastor Michael Townsell said. "We feel like it’s threatening to our emergency exit. We really only have those two exits."

Townsell said debris from that June fire fell into his parking lot. 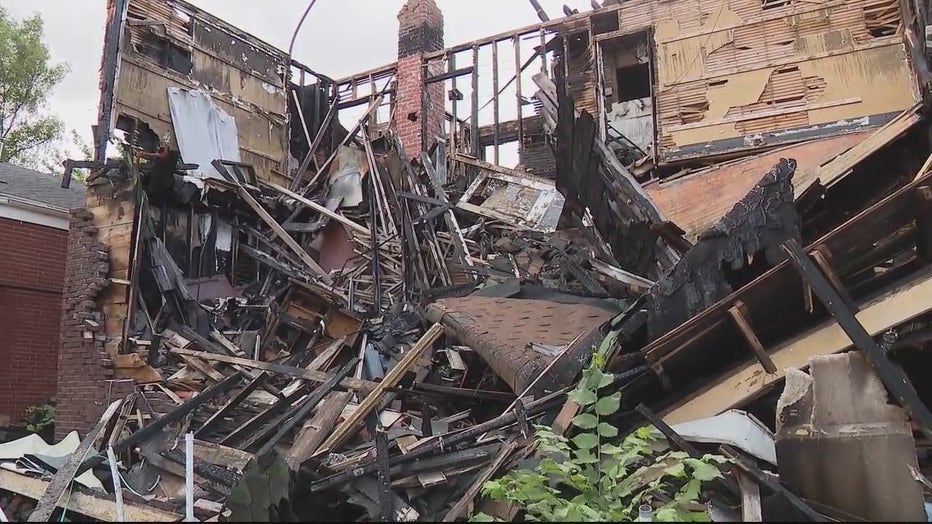 He has reached out to several elected leaders about the building.

"What I’m hearing is this is a funding issue. What I’ve heard is them saying it’s an emergency, then, there’s a landlord issue with the owner of the property," he said. "The city told us they could do something after 90 days. We’re past that deadline."

When FOX 2 reached out to the city, we were directed to a person listed as the property owner. She said she isn't the owner and was listed in error. As she tries to get that fixed, she gave a number she said is the person who owns the building. No one picked up when we called.

The Highland Park Community and Economic department said that before anything can happen, the owner must submit a request for a demolition permit.