FOX 2 - A detective with the Highland Park Police Department and a second woman were charged in a criminal complaint with distributing and conspiring to distribute fentanyl-laced heroin, Acting United States Attorney Saima S. Mohsin announced Wednesday.

A detective with the Highland Park Police Department and a second woman were charged in a criminal complaint with distributing and conspiring to distribute fentanyl-laced heroin.

According to the complaint, federal agents recorded numerous calls and meetings between Lipkovitch and a confidential source about a drug transaction.

Lipkovitch gave the source "samples" or "pictures" of the drugs that were available from her associate, Bellamy, explaining that one was "$80 a gram" and the others were $100 per gram.

Investigators say when Lipkovitch asked what they were diluting or "cuttin" the drugs with, the confidential source responded that people used "fentanyl." This did not surprise Lipkovitch, who explained that Bellamy was getting "a package of fentanyl from overseas."

"These charges affirm our office’s commitment to hold all individuals accountable for the distribution of dangerous drugs like heroin and fentanyl," said Acting United States Attorney Mohsin. "While the vast majority of our police officers work honorably and faithfully to protect and serve the citizens of this region, our office continues to prosecute those corrupt officers who put their own greed above the public good and abuse their position violate the law." 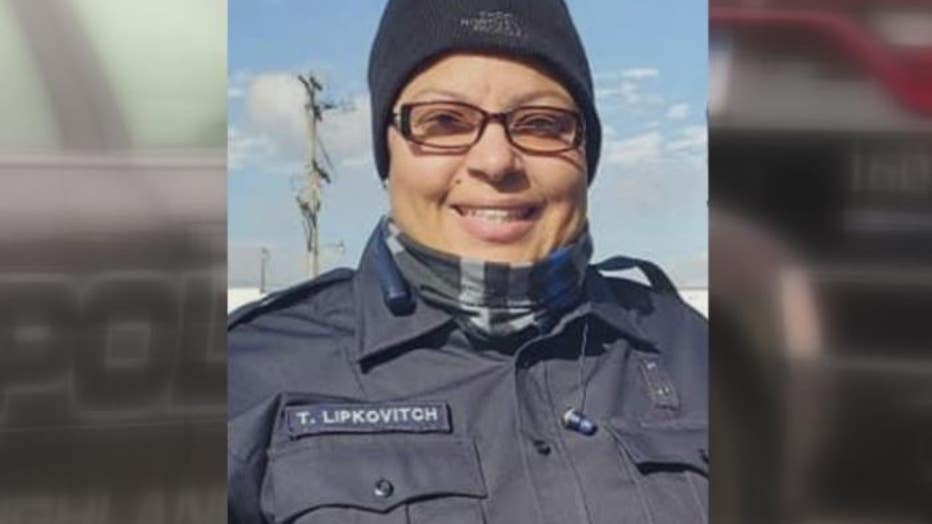 "We do not condone this type of activity. The citizens of Highland Park have expectations, as they should, that law enforcement officers obey the laws they swore to enforce. Like anyone else in the community, if a person violates the law they should be brought to justice," said Highland Park Mayor Herbert Yopp in a statement.

DEA Detroit Special Agent in Charge Keith Martin said, "While the vast majority of law enforcement officers are honest and hardworking, this officer chose to push a deadly drug onto our streets in exchange for personal profit. We are committed to working with our partners to ensure these individuals are rooted out and brought to justice."

"The arrests this morning by state and federal agents are an example of the law enforcement community's joint effort in prosecuting police officers that abuse their authority and abandon their oath to serve and protect our communities," said Special Agent in Charge Timothy Waters, Detroit Division of the FBI. "Today shows the commitment of law enforcement to root out police corruption and abuse of authority within its ranks. The officer's betrayal of her sworn duty should not diminish the exemplary work conducted every day by the men and women in law enforcement.

"This case is an example of the importance the criminal justice system places on prosecuting its own who have abused their positions of trust in dereliction of duty."