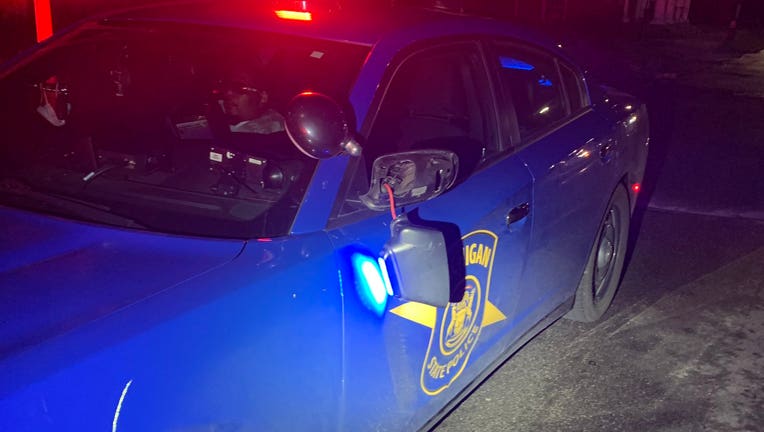 DETROIT (FOX 2) - A Michigan State Police trooper was pulled over on the side of the Southfield Freeway late Friday when a drunken driver hit them.

The trooper was providing a traffic screen for another trooper who was investigating an operating while intoxicated on the northbound side of the freeway near I-96 in Detroit. While on the right shoulder, the trooper's car was sideswiped by a GMC Envoy at 11:55 p.m.

Police said the Envoy was "slow to stop." Police boxed in the vehicle when the driver exited at McNichols Road.

The driver, a 39-year-old Detroit man, was arrested for impaired driving.

Police said the patrol car had minor damage, and no injuries were reported.