FOX 2 - The Jan. 6th insurrection at the U.S. Capitol is the subject of this new investigation and report from the Senate Homeland Security and governmental affairs committee.

Sen. Gary Peters says US Capitol Police were not ready for Jan. 6 riot in new report

The Jan. 6th insurrection at the U.S. Capitol is the subject of this new investigation and report from the Senate Homeland Security and governmental affairs committee.

Peters - who chairs the bipartisan committee says that the Capitol Police were not prepared.

"The reason some of those police lines were breached was the lack of proper planning and the lack of equipment and training," he said. "They did not have riot gear necessary to do that, the shields, helmets and protective clothing. Part of our recommendations is that you need to have plans - and there need to be exercises."

"The day before we had a report of an FBI report that came to the Capitol Police, but never got to the folks who would be protecting the grounds on that day," he said.

It is information that should have been widely available and distributed within the intelligence community.

"Certainly that information was pretty widely out there," Peters said. "Social media was very active with individuals and groups that were organizing and recruiting folks to come to the Capitol and encouraging people to engage in violent acts, to engage in an insurrection, in an attempt to stop the counting of the votes."

Peters called the officers on the front lines that day heroes. Five people died - including a Capitol Police officer.

"It was pretty clearly motivated by the false claims madefrom then-President Trump - there certainly needs more analysis into that and that's why I fully support a commission," Peters said. 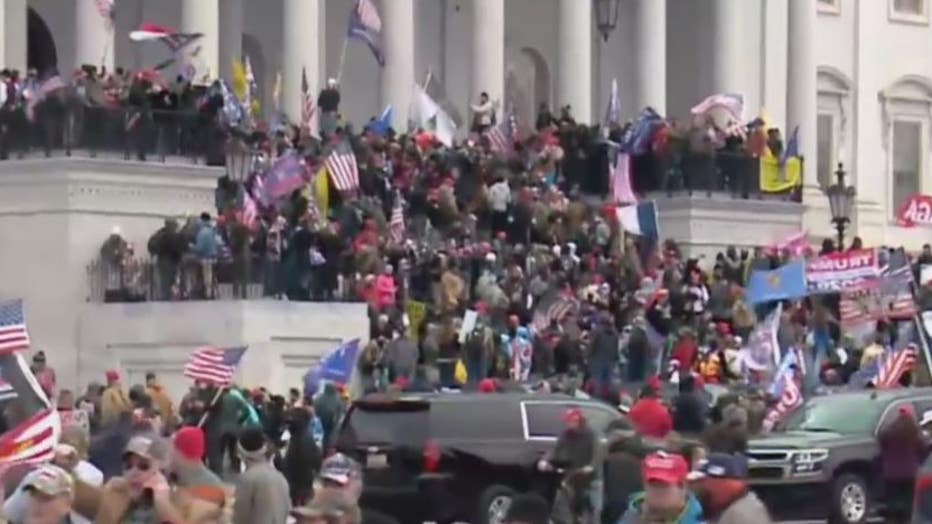 It is a bi-partisan commission Republicans have so far rejected. This report offers a series of recommendations to better secure and protect the Capitol.