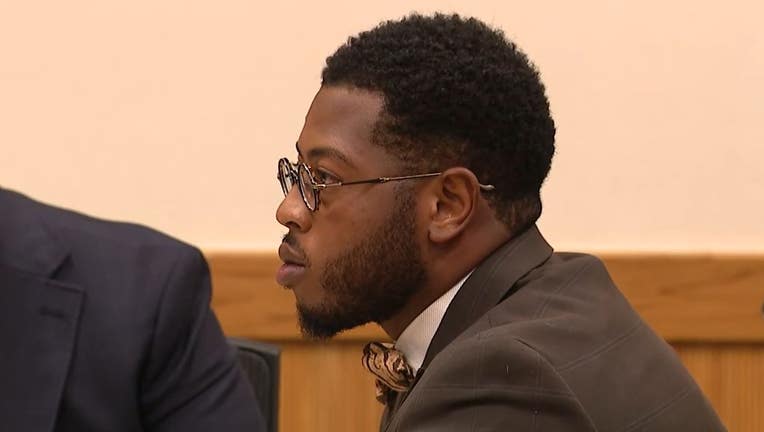 Jewell Jones during his bond violation hearing on Sept. 14, 2021.

FERNDALE, Mich. - Inkster Rep. Jewell Jones is out of jail after a judge reinstated his bond Friday during the lawmaker's latest court appearance.

The 26-year-old Democrat had spent 60 days in jail for multiple bond violations including trying to sneak a handcuff key into his Livingston County jail cell earlier this year. He was originally arrested in April after police said he was driving erratically on I-96.

Jones' attorney confirmed with FOX 2 that the lawmaker was in talks of a plea deal. It would require him to plead guilty to the original counts of resisting arrest, a weapons charge, an operating while intoxicated charge, reckless driving, and escaping custody.

The plea offer being discussed, attorney Byron Nolen said, would include dismissing other resisting and obstructing charges, an escape charge, and a DUI charge.

He was initially arrested and charged with resisting arrest and obstruction after dashcam footage showed Jones arguing with police before he was wrestled to the ground.

It's been a rocky road since then, as Jones has violated the terms of his bond multiple times. That includes consuming alcohol, which his tether showed earlier in September.

After his arrest for a third bond violation, Jones allegedly taped a key to his foot during intake. The prosecutor authorized an additional felony charge after the discovery.

Shortly after, Jones was ordered to receive a mental health examination in September before any more movement in the case.

On Nov. 12, Livingston County Judge Michael Hatty reinstated Jones' personal bond related to drunken driving charges at $100,000. He'll have to wear a GPS and alcohol tether and must adhere to a 9 p.m. curfew.

Nolen plans to meet with Jones Monday and said the details will likely be hashed out by the next court date, on Dec. 10.