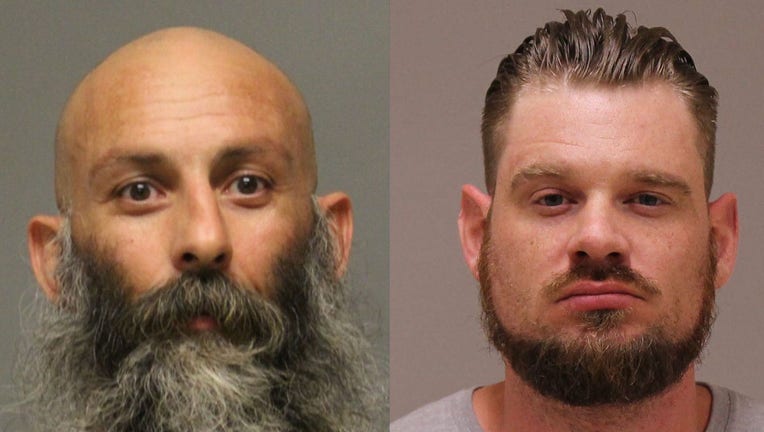 GRAND RAPIDS, Mich. (AP) - Federal prosecutors are set to begin building their case against two men described as leaders of a 2020 scheme to kidnap Michigan Gov. Gretchen Whitmer, their second chance to get convictions after a jury couldn’t deliver a unanimous verdict last spring.

Opening statements are planned for Wednesday in federal court in Grand Rapids, in western Michigan. A jury was selected Tuesday. Some people were dismissed for health reasons or for political beliefs they couldn’t set aside.

"It’s not disqualifying to have views one way or the other," U.S. District Judge Robert Jonker told the jury pool. "It’s disqualifying if the views become more important than what the law or the evidence is."

Adam Fox and Barry Croft Jr. are charged with agreeing to kidnap Whitmer, a Democrat, as part of a plot to shock the country into chaos in the final days of the 2020 presidential election. They’re also charged with conspiring to use a weapon of mass destruction. Croft faces a third charge.

Fox, 39, lived in the Grand Rapids area and Croft, 46, is from Bear, Delaware. They regularly communicated with other anti-government extremists who were angry with Whitmer and various public officials over COVID-19 restrictions.

The jury will hear secretly recorded conversations and see text messages and social media posts favoring violence. At the same time, defense attorneys will attack the credibility of undercover FBI agents and informants who fooled the group into thinking they were allies.

The plot to kidnap Whitmer followed training in Wisconsin and Michigan and two trips to scout her second home in northern Michigan, according to evidence at the first trial.

Brandon Hudson has more reaction after the court decision that found two suspects acquitted and two receiving a mistrial in the alleged plot to kidnap Governor Whitmer.

Lawyers for Fox and Croft will argue they were shielded by the First Amendment and entrapped by the government at every turn.

Daniel Harris and Brandon Caserta were found not guilty in April. Ty Garbin and Kaleb Franks pleaded guilty and will testify again for prosecutors.

MORE: Brandon Caserta attorney after Whitmer trial acquittal: 'Our governor was never in any danger’

Garbin told jurors at the first trial that the goal was to cause national chaos with a kidnapping close to the election between Joe Biden and then-President Donald Trump.

Whitmer, who will not be called as a trial witness, disclosed Monday night that she tested positive for COVID-19 for the first time and was experiencing mild symptoms.