River Rouge police dragged a teen girl out of an SUV and pointed guns at her cousins during a traffic stop last year. Now, a lawsuit has been filed as her family demands justice.

Maliyah Clary was driving her mother's SUV with a permit but no adult in the vehicle in February 2021. She was 17.

Officers yanked her out of the SUV during a traffic stop, while one of them pointed a gun at her 14- and 15-year-old cousins. 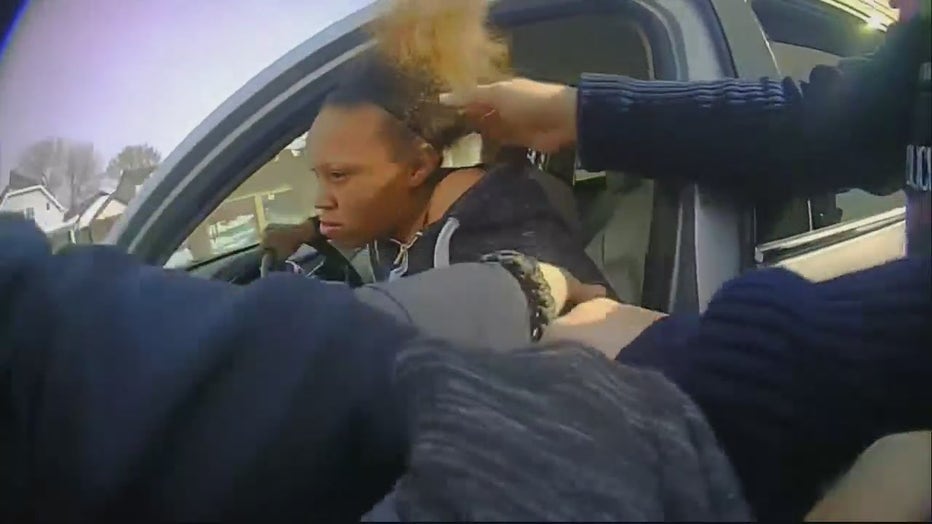 "My daughter is still traumatized by this event. The behavior of the officers was completely unacceptable. That was my issue from the beginning, you know, not saying anyone can do their job, but for a routine traffic stop to end up with teenagers being drug out of the car by their hair, by their neck, for guns being pulled, officers laughing as if it was a joke," Maria Woods said.

Attorneys for the family have demanded a meeting with the United States Attorney's Office.

"The city of River Rouge has a problem. They've got a problem with officers acting  this way on not just this occasion. This is an isolated incident out of a number of incidents arising out of River Rouge," attorney Michael Fortner said.

"And then of course we have what we call the abuse of discretion. These young people 17 15 and 14 Year olds were in front of their family's houses, and if this was a white girl, if this was a white boy and another white child, they would have been allowed to go home to their families," Teferi Brent said. "She was right down the street from her mother’s house."

Clary's mother wants the officers to pay for how her daughter was treated.

"She is an honor roll student. She graduated with the scholarship. She's in college right now on presidential scholarship at Alabama State. She's never been in trouble, ever had a ticket, never been arrested, never been put over before. She's not whatever type of kid they thought they were going after. And what they did is completely unacceptable, and they need to pay for it," Woods said.

At the time FOX 2 broke the story, the deputy police chief said they were taking the matter seriously, and the matter was under review The officers at that time had not been formally disciplined. We reached out to River Rouge Police multiple times Wednesday, but did not hear back.