Wayne County residents must book an appointment and wait months to get a CPL.

DETROIT (FOX 2) - Wayne County residents who have completed the necessary class for a concealed pistol license are having to wait months to obtain it.

READ: CPL appointment wait in Wayne County for gun owners pushed back to 2022

A lawsuit has been filed against the clerk’s office over a backlog of applications.

"We, being attorneys, had to be dragged into this to force an elected official to do their job. It’s either they don’t want to do it, they’re incompetent, or they just don’t care," said attorney Terry Johnson.

The office has been handling CPL applications by appointment only during the COVID-19 pandemic.

"My big question is how can you process birth certificates, death certificates, and marriage licenses, but at the same place you’re in -- the clerk of the county -- you can’t process a concealed pistol license like every other county?" Johnson said. 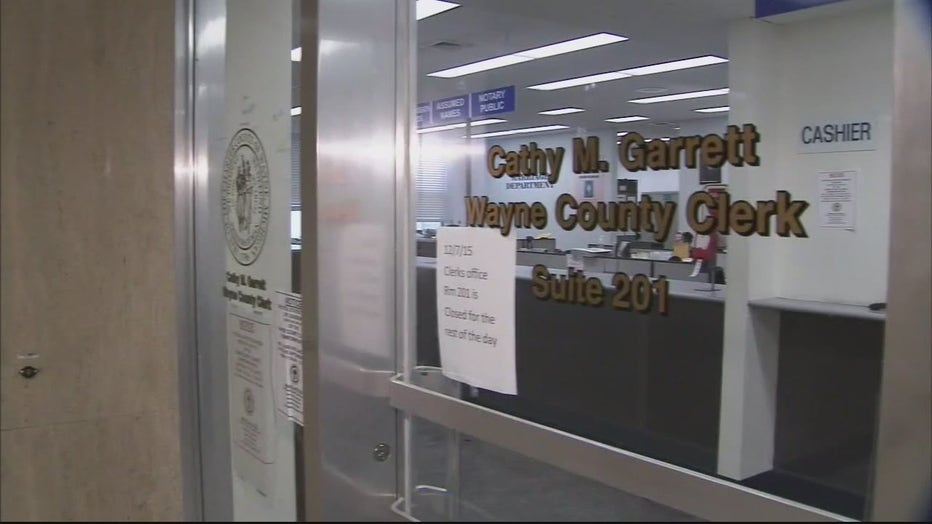 Some people who have booked appointments have been able to reschedule to get sooner appointments.

"It wasn't as quick as I thought, as I seen on Oakland County’s website, which was like a 2-3 week wait, but I was happy. I’d rather wait three months than nine," said Kristal Hunt, who was able to reschedule her appointment.

Johnson said that wait is still too long.

"When you have counties such as Oakland, Macomb, that are able to get you in in two, three weeks -- the worst I’ve heard in those places has been literally four weeks. That’s one month. So, when someone says, ‘I’ve gone from 11 months to five months,’ again that’s five times worse than anybody in the metro area," he said.

The clerk's office says they’re dealing with more applicants than Oakland and Macomb counties and they’ve made some strides in addressing the wait times. They are servicing appointments on evenings and Saturdays through April.

They also have new fingerprinting machines, but the clerk's office says the biggest hang ups are limited staffing and office space.

Residents who have done their part to obtain a CPL just want the county to do theirs so they can get their license.

"It’s been a really frustrating journey to have to wait to go down there just to apply," Shiloh Tyus said. "I’ve had a shooting in front of my house as I was walking out of the door. When it comes to situations like that, I want to be able to protect my household."

She released a statement about the issue:

"In an effort to address the appointment wait time, the Office of the Wayne County Clerk has implemented the temporary measures of servicing appointments during the evenings and on Saturdays for the months of March and April. New desktop fingerprinting machines were successfully installed and have helped with the efficiency of processing applications. However, the main issues remain of limited staff and office space. Once we get additional staff and increased office square footage, then we can accommodate more customers."