According to court filings, Vires Al-Hakiem, 42, and his ex-wife separated in December 2020 and were divorced Sept. 8, 2021. During their separation, his ex alleges that he threatened and stalked her.

MACOMB COUNTY, Mich. (FOX 2) - A Macomb County man is accused of stalking his ex-wife and threatening her and the judge who handled their divorce.

According to court filings, Vires Al-Hakiem, 42, and his ex-wife separated in December 2020 and were divorced Sept. 8, 2021. During their separation, his ex alleges that he threatened and stalked her.

Al-Hakiem is accused of texting the victim and telling her he was outside her house around 1 a.m. June 15, 2021. He asked her to come outside to talk about their relationship, but she refused.

A few hours later, Al-Hakiem allegedly sent her a video. In the video he was pointing a gun at the camera.

"You see that gun? I put it inside your head and will empty 17 bullets in your (expletive) head and go show this to (expletive) judge what I say," Al-Hakiem said in the video, according to court documents. 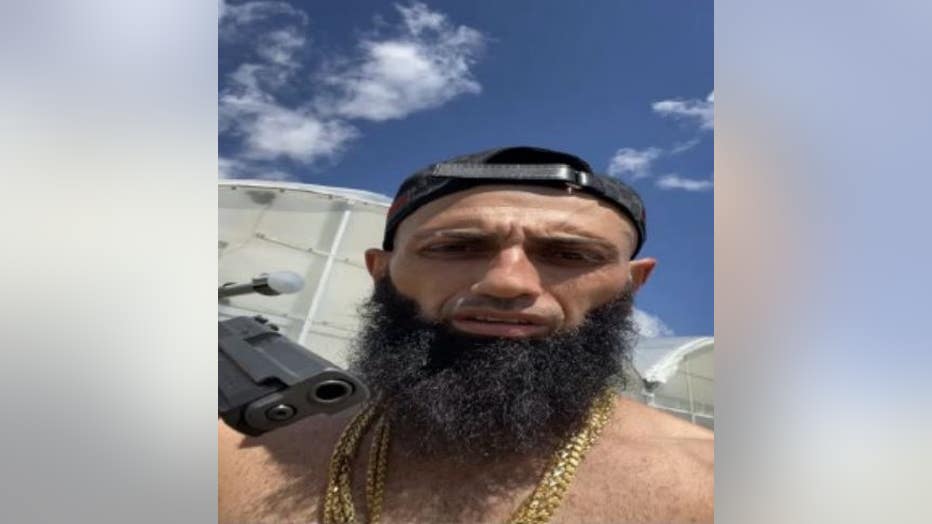 The victim told authorities that she was in the middle of divorce proceedings when Al-Hakiem sent the video and believed he was referring to the judge presiding over their case.

That judge was shown the video and found it threatening, prompting the Macomb County Sheriff's Office to conduct welfare checks at her home.

According to court records, he sent a photo of guns and magazines on a bed with messages that read, "Dat is how ready I am" and "Dat is all am gonna say." The victim told authorities that Al-Hakiem lived with his parents in Shelby Township, and the photo he sent was taken in his bedroom at their home. 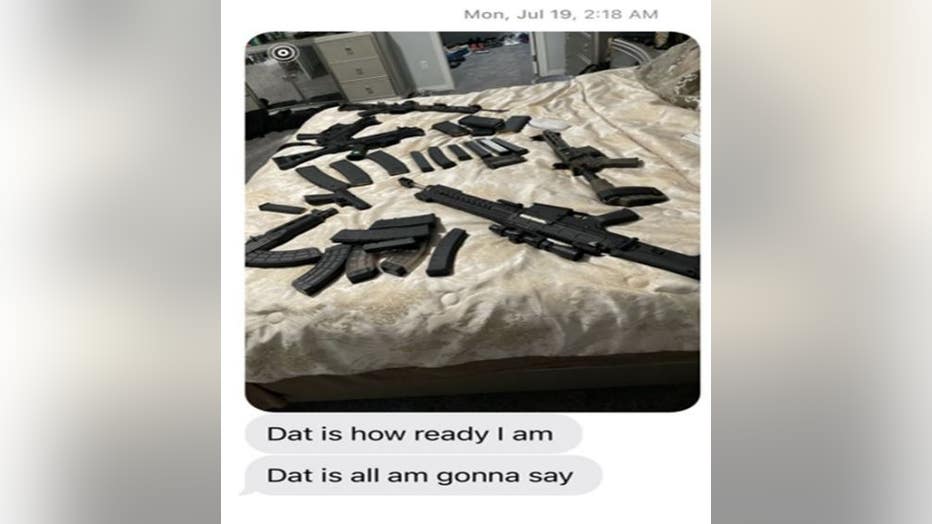 The victim was granted a personal protection order against Al-Hakiem on Aug. 26, 2021.

According to the court documents, Al-Hakiem allegedly tried to add the victim on Snapchat on Sept. 15, 2021.

The victim allegedly encountered Al-Hakiem in person several days later. She told authorities that when she pulled into a Sterling Heights business on Sept. 23, 2021, Al-Hakiem was there. He allegedly approached her vehicle, spat on it, and threatened her.

Al-Hakiem was arrested that day because he allegedly had a spring-loaded switchblade.

According to the filing, Al-Hakiem has a criminal record that includes a misdemeanor assault and battery conviction and possession of cocaine, less than 25 grams, conviction, both from 2005.

He does not have immigration status in the United States, authorities said but does have a passport from the Netherlands, where he is a citizen.