(FOX 2) - A total of 16 charges were issued Tuesday against the man accused of shooting and killing Detroit Police Officer Rasheen McClain.

McClain was a 16-year veteran with the Detroit Police Department's 12th precinct when he was killed in the line of duty on Nov. 20. He and his partner, three-year veteran Phillipe Batoum Bisse, responded to a call about an armed man who broke into a home off Wyoming near Chippewa and refused to leave. Police say that when the officers went to confront the man, who was there searching for his teenage girlfriend, he began shooting -- hitting and killing McClain, and wounding Batoum-Bisse.

The suspect eventually came upstairs with his gun in hand and left the house. Worthy said Officers Joe Weaver and Danny Chambers followed Parks. Gunfire was exchanged and Parks was hit in the arm. He got about a block away before he was caught and taken into custody. Parks was taken to the hospital and has since been released.

"Whenever you have a law enforcement official that is killed, especially in the line of duty, it is hard for us all," Worthy said Tuesday.

"I think the charges and the number of them speak for themselves. This is tragic," Worthy said. 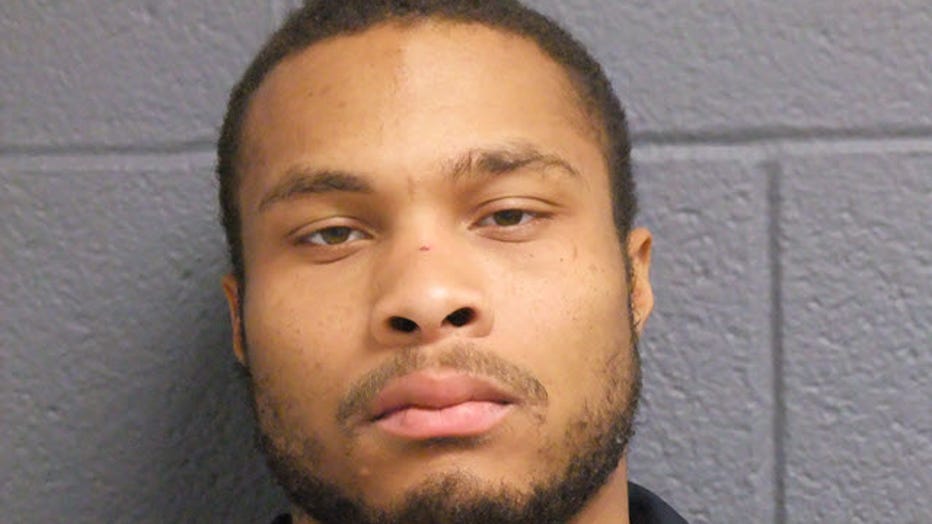 Worthy said they expect Parks to be arraigned as early as Tuesday. There are potentially other charges, but the investigation is ongoing.

Parks was recently paroled after serving 8 years in prison. Police say he had his first run-in with the law at the age of 14 with another home invasion.

McClain leaves behind a wife of 10 years and two stepchildren