DETROIT (FOX 2) - A man is facing charges after authorities allege he set a fire that injured eight Detroit firefighters Thursday.

Anthony Fields, 34, of Detroit is charged with eight counts of first-degree arson, one count of felon in possession, and one count of felony firearm in connection with the blaze on the east side. His bond was set at $500,000 cash/surety. If he posts bond, he must wear a GPS tether.

Fields is accused of starting a vacant home at 82 W. Hollywood Ave. on fire around 12:40 p.m. He fled the scene on foot, but was arrested later that day.

While battling the fire, the house collapsed, trapping three firefighters inside. One firefighter suffered a broken finger and a second was hospitalized as a precaution but didn't appear to have serious injuries. 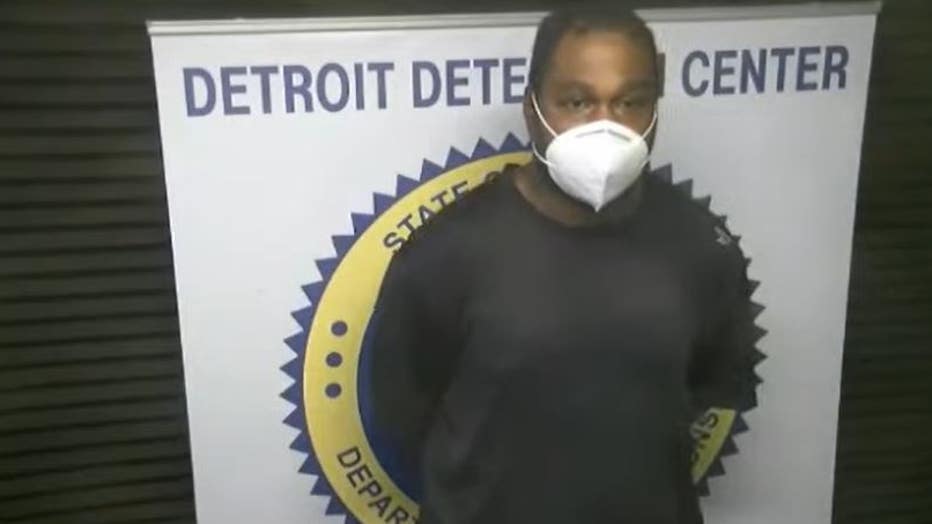 Anthony Fields during his arraignment on Aug. 2, 2022.

A third was trapped until around 3 p.m. when the firefighter was pulled from the damage and was tightly strapped into a stretcher where he was moved to a waiting ambulance. The firefighter was then rushed to a hospital but later discharged.

In total, eight firefighters were hospitalized after the fire, mainly for heat exhaustion and smoke inhalation.