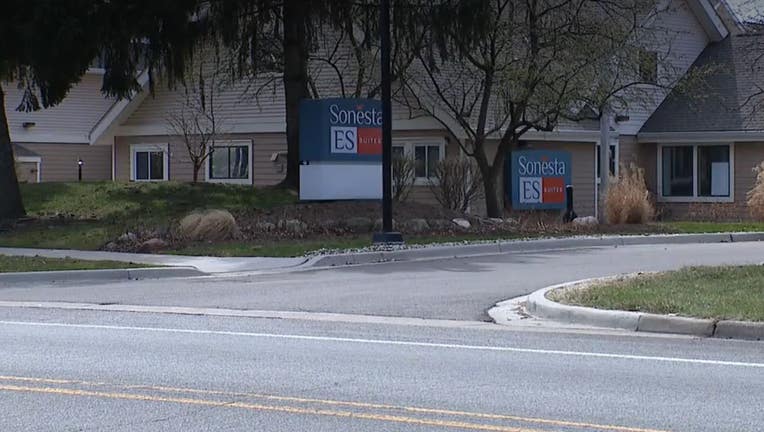 Three women were stabbed at the Sonesta Suites in Ann Arbor.

ANN ARBOR, Mich. (FOX 2) - A man accused of stabbing three women at an Ann Arbor hotel over the weekend went on Facebook Live after the incident to describe what happened.

Madron Aldonijah Austin, 47, allegedly stabbed the victims at the Sonesta Suites at 1:30 a.m. Sunday. Authorities said narcotics and a money dispute allegedly played a role in the stabbing.

After the stabbing, Austin could be seen in a Facebook video showing his bloody hands before discussing the incident. In the video he said he was defending himself.

"Y'all going to see my picture on the news tomorrow," he said. "Because they know my name. They know my claim to fame. Real thugging for life."