DETROIT (FOX 2) - The man accused of killing Detroit Police Officer Rasheen McClain and wounding another officer was charged with 17 counts on Tuesday and connected to another murder.

The man accused of killing Detroit Police Officer Rasheen McClain and wounding another officer was charged with seventeen counts on Tuesday and connected to another murder.

"Whenever you have a law enforcement official that is killed, especially in the line of duty, it is hard for us all," Worthy said.

Detroit police say McClain and Officer Phillipe Batoum-Bisse were shot inside a home on Detroit's west side November 20. Parks allegedly shot McClain in the neck and Batoum-Bisse in the ankle with a high-powered rifle.

"This suspect had a plan. He was laying in wait and when he saw an opportunity, he responded," said Detroit Police Chief James Craig.

Craig says Parks appears to have had some type of tactical training and was trying to bait officers, but two other cops that night -- Joseph Weaver and Danny Chambers -- were able to take him down soon after they shot him in the arm.

McClain died in the hospital while Batoum-Bisse was just released.

"He's moving around, he's in great spirits ... He's got a great attitude, told me he wants to come back to work," Craig said.

Police say Parks, who has a long history of violence and is being held in Jackson on a parole violation, may be connected to at least three other shootings, including the death of 31-year-old Dontez Calhoun who was shot and killed just two days before McClain.

The family of Dontez Calhoun says while they're relieved Parks has been charged in this case, they're still waiting. Prosecutors returned a warrant request from police last week, asking for additional evidence.

"We believe it's gonna happen ... it's a very complex case," Craig said. 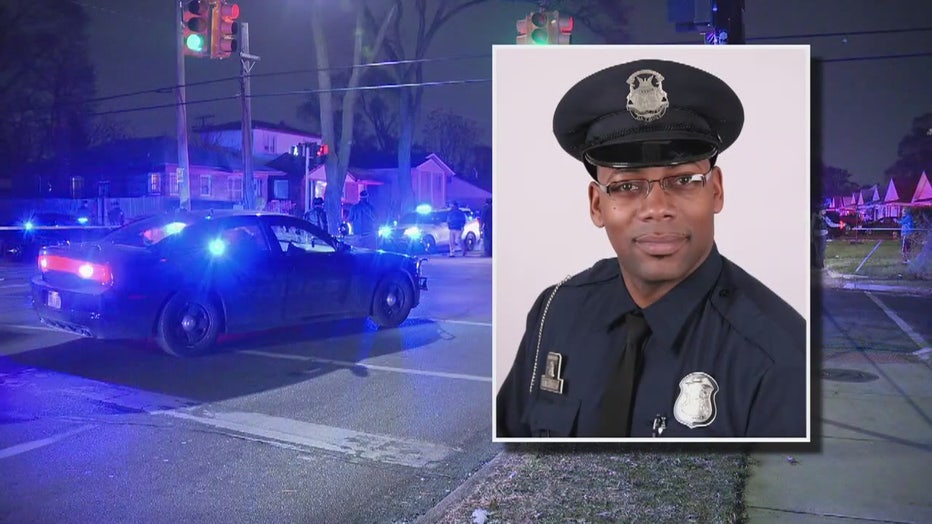 Since McClain's death, an internal investigation has been launched. Sgt. Ronald Kidd is accused of not responding to the scene even though he was nearby. He's suspended with pay and may face a misdemeanor charge.

"We're moving forward ... We believe the misconduct is serious enough, it could warrant dismissal," Craig said.

Meanwhile Parks, who faces life in prison without the possibility of parole, is expected to be arraigned Thursday -- just one day before McClain will be laid to rest.