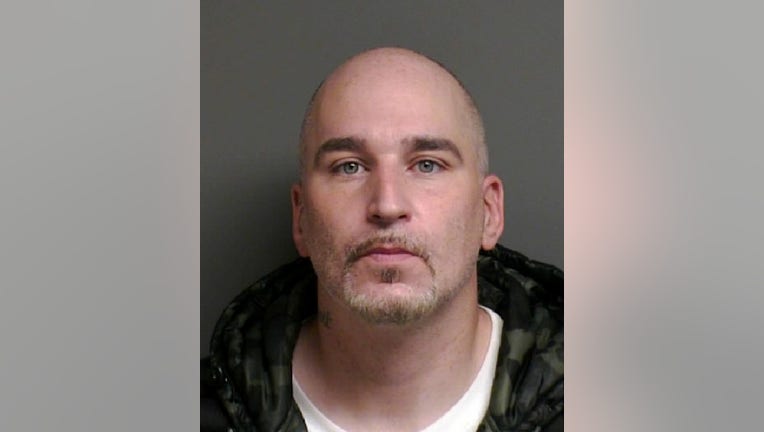 Adam Christie, 39, was charged with one count of felony animal abuse after deputies said he shot a stray kitten with a BB gun. (PHOTO: Macomb County Jail)

MOUNT CLEMENS, Mich. (FOX 2) - A Macomb County man is facing felony charges on accusations that he shot a stray kitten with a BB gun last week.

According to the Macomb County Sheriff, deputies were called after the kitten was found bleeding and appeared to have a neck injury.

The 911 callers believed the kitten had been shot by a man who was driving around the block in a back Buick Rendezvous.

A family member reported hearing a loud pop from the car as it passed the home and the wounded kitten was then found on the porch.

The homeowner said he does not own the kitten but feeds strays in the area.

The wounded kitten was taken by animal control but could not survive its injuries and had to be euthanized. The kitten had been shot by a BB gun, deputies said.

While deputies were there, they reported a passing car that matched the description. The SUV was stopped and the driver, 39-year-old Adam Christie of Mount Clemens was taken into custody. A BB gun was found in the backseat of the car and taken into evidence.

The man's two children were also in the car and were turned over to a relative.

Christie faces one count of killing/torturing an animal - a third-degree felony.