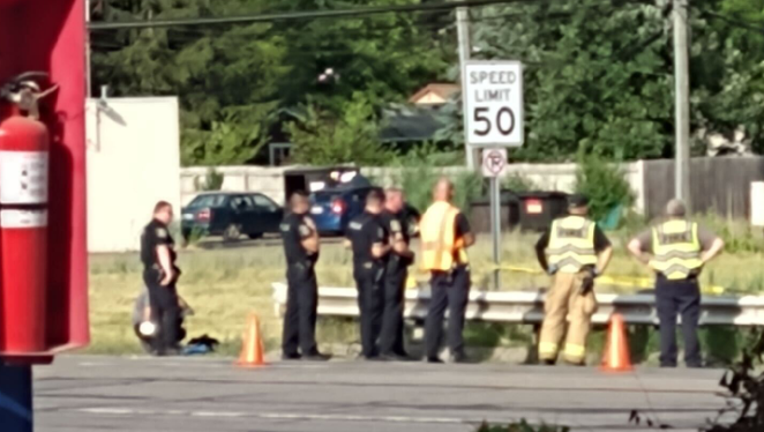 Chesterfield police are investigating after a body was found. (Photo provided by Fox 2 viewer.)

Police say a 27-year-old Ann Arbor man was walking on Gratiot Ave near 22 Mile when he discovered a human body lying in a drainage area with heavily overgrown vegetation.

The officers investigated further and discovered the body had been lying there for some time, police said.

Police say an autopsy will be performed to identify the body and determine the manner of death.