A man who the court released after his alleged involvement in a Detroit police chase is in custody again.

DETROIT (FOX 2) - Detroit police say a man who was released by the court after being involved in a chase last week has again been arrested.

Joshua McCormick was arrested Friday on an assault with intent to murder case from November that was just authorized.

McCormick was allegedly involved in a police chase March 12 that ended with a crash.

The other man involved, Terrence Jordan, is accused of pointing a gun at police before the chase. Both men were released on $2,000 personal bonds.

This type of bond requires no money to be paid upfront. Instead, it needs to be paid if the men fail to appear for court or violate the conditions of their bond. 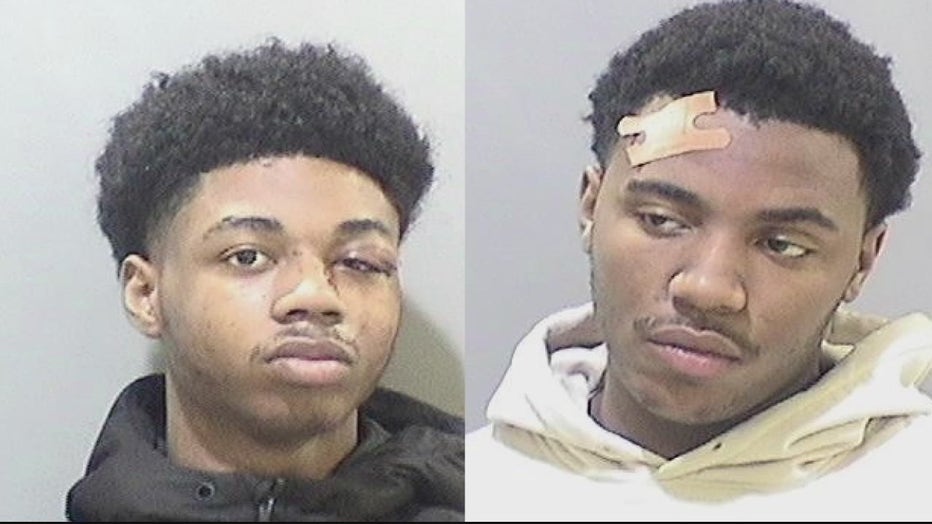 William McConico, the chief judge with the 36th District Court, said magistrate Millicent Sherman made the decision to release the men based on the information available at the time.

Wayne County Prosecutor Kym Worthy said when the decision was made to release McCormick, he was on bond for another felony case and awaiting his preliminary examination.

He was charged with receiving and concealing stolen property and carrying a concealed weapon. Worthy said Sherman gave him a $1,000 bond in September.

"It is the responsibility of the magistrate to look at all of the circumstances and set the bond, including an outstanding charge," Worthy said. "There is no reason that a $2,000 personal bond should have been set by the court."

McConico said the prosecutor was not present to argue the bond, and no one from DPD was at the arraignment.

Detroit police said they tried to get an officer into the hearing for the chase to weigh in on the bond decision but were told only the prosecutor could be present to argue the bond.

"The Wayne County Prosecutor’s Office has never had the resources to staff the district court arraignment courtrooms. This is precisely why relevant information is always contained in the court file for the magistrate to read and assess before making a bond decision," Worthy said.

McConico said that while officers cannot address the court on the record, they are allowed to come in during arraignments to give magistrates background information on the cases.

According to McConico, the report the magistrate received before the hearing for that chase and the pointing the gun at cops did not have all of the information in it, including information about the resulting crash.

Vehicles belonging to Brittany Laflouria and Javon Bognear were damaged when they were hit during the crash, and a fence was destroyed. 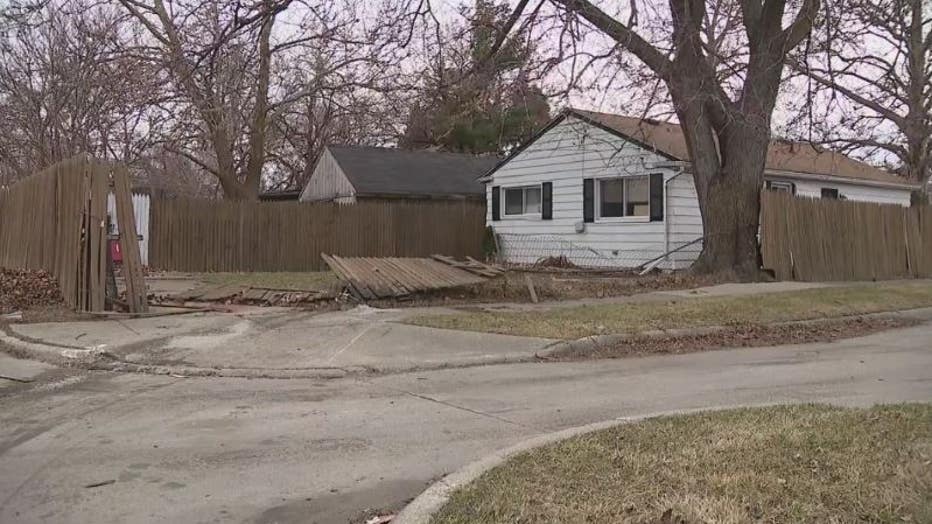 "To me if they’ve done what they’re suspected of doing then how could they be out right now? It just raises a lot of questions. Like how? Why?" Laflouria said. "It’s just crazy. I’ve never seen or heard of anything like this before honestly."

A GoFundMe page has been created to help Laflouria and Bognear fix their cars and damages to their homes.

A statement from McConico said that "the Investigator’s report, which was given to Magistrate Sherman approximately one hour prior to the hearing, showed that while one defendant was observed with a firearm, no weapons were discharged. Further, it showed that the chase resulted in a one-vehicle crash and did not involve any contact with a Detroit Police Department cruiser, any civilians, or any other vehicles."

The full statement from McConico is below:

"The Investigator’s report, which was given to Magistrate Sherman approximately one hour prior to the hearing, showed that while one defendant was observed with a firearm, no weapons were discharged. Further, it showed that the chase resulted in a one-vehicle crash and did not involve any contact with a Detroit Police Department cruiser, any civilians, or any other vehicles.

"Pursuant to Michigan statutes and Court Rules, the Magistrate objectively weighed the factors the Court must consider when determining bond such as prior criminal record, risk of flight, history of dangerousness, ties to the community, etc. The defense convincingly presented information confirming the defendants’ ties to the community, multiple stable jobs, and a lack of prior criminal contacts. There was no information given that indicated that either defendant presented a flight or safety risk. Further, the current public health emergency presented by COVID-19 must always be considered when determining bond.

"Contrary to what has been reported, no extensive criminal history was shown. A file will often have a notation if other cases or charges are pending, and such a notation was not present on the file at arraignment. It is important to note that the documents provided to Magistrate Sherman by the Detroit Police Department did NOT include the Michigan State Police traffic accident report, the Livonia Police report, the Dearborn Police case file, the Southfield Police report, the Westland Police report, nor the Detroit Police Department’s 8th Precinct warrant jacket referenced in the Investigator’s Report.

"No representative from the Wayne County Prosecutor’s Office appeared to argue bond or their position on behalf of the people. Additionally, the Officer in Charge (OIC) also did not appear at the arraignment, nor did any Officer from the Detroit Police Department.

"The bond that was set at Monday’s hearing was based upon the facts of the case that were presented to Magistrate Sherman on that date.

"It is important to note that should any party feel that the bond must be re-addressed, they can request an emergency bond hearing. That matter may then be heard by either the Judge of Record, the Presiding Judge of the Division, or the Chief Judge. As of this writing, none of these remedies have been sought by either side."