DETROIT (FOX 2) - On video, Davon Cobbs was attacked, pistol-whipped, and left terrified. He says he can't eat or sleep after what happened.

Man pistol-whipped in attack outside Detroit bar shares his story

On video Davon Cobbs was attacked, pistol-whipped, and left terrified. He says he can't eat or sleep after what happened.

"I was so shocked from the gunshots and I didn't have my phone or anything the next day," he said. "And then I woke up and saw the video of what actually happened."

Cobbs says he was leaving the Woodward Cocktail Bar in Detroit early Sunday at  2 a.m. at the time of the incident.

"When I was exiting the bar, this guy said some really nasty things to me," he said. "I ignored him and walked away with my friends, and minutes later he came following me - and shooting a gun.

"Once he fired the shots from the gun, he then put the gun up to my head and began shouting and screaming at me. He was saying 'Put your hands up, get on the ground now, I'll kill you.'"

Cobbs says that was when he was physically attacked and pistol-whipped as a group of people watched.

"I believe that he simply made a wrong decision that could have really ended my life," Cobbs said. 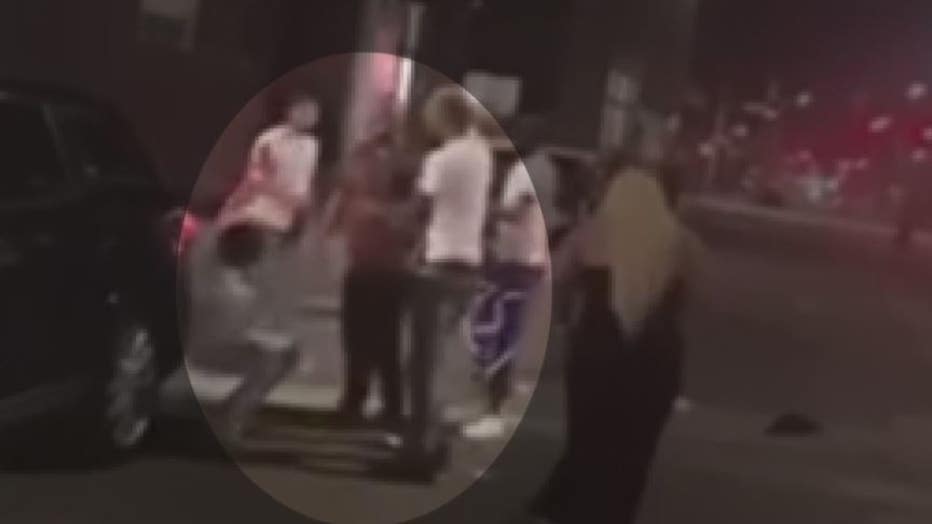 Detroit police say they know who the suspect is and a warrant has been submitted and is waiting for it to be signed.

According to police, there have been two shootings in the area of the bar but can't link those incidents to this establishment. As a response, they are beefing up police presence and are looking at the bar's licensing as well.