STERLING HTS, Mich. (FOX 2) - Police multiple cities in Metro Detroit chased a driver from Sterling Heights, through Warren, and eventually in Redford when the car crashed after being forced to spin out by officers.

After Warren police began tailing a Lincoln MKX in Macomb County that was wanted in connection to a shooting, the vehicle gave chase reaching speeds of more than 120 mph.

A man wanted after shooting a gun into an occupied home led a high-speed chase through multiple cities late Sunday night.

Dashcam video shows the Sunday night police chase that started in Sterling Heights. According to police, they were called to a home near 15 Mile and Van Dyke where a man and woman were arguing. Police said the man fired shots into the home, got into his car, and sped off.

"This person was trying to commit a homicide he was firing a gun into a home where people were. He had every intention of hurting people and trying to get away. Us in the Police Department we also always have to take that into consideration," said Sterling Heights Police Lt. Mario Bastianelli.

Then, around 8:50 p.m. Sunday night, Michigan State Police at the north post in Metro Detroit were contacted and asked to assist.

The chase, which was moving through Oakland County eventually crossed into Detroit before state troopers from the south post attempted to stop the fleeing vehicle by using a PIT maneuver.

However, the driver of the suspect vehicle made a U-turn and continued fleeing.

The chase hit speeds of 100 MPH and lasted around 25 minutes with multiple agencies joining in the chase.

"It went down van Dyke and southbound into Warren onto 696 westbound where Warren and the Michigan State Police joined in," Bastianelli said. 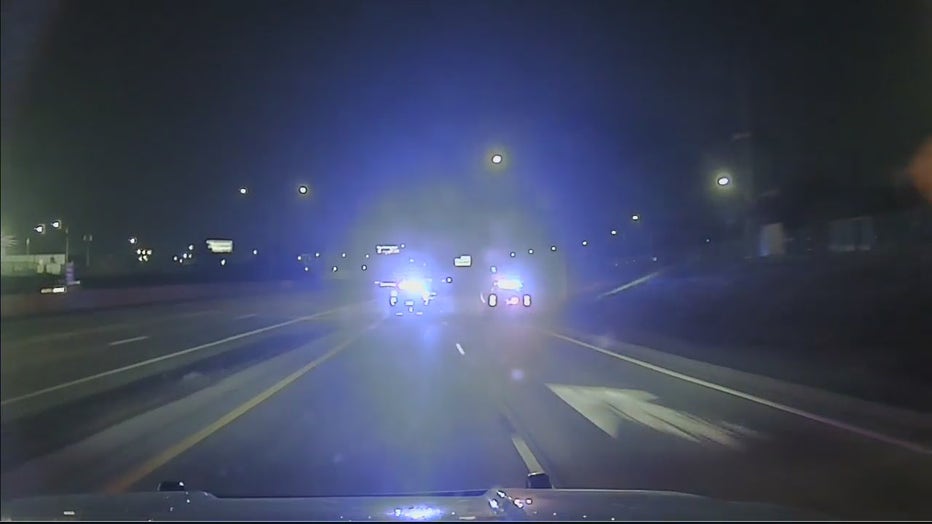 It finally came to an end when the car rolled in Redford Township. At that point, a Warren patrol unit also initiated a PIT maneuver, which would result in the suspect vehicle rolling onto its side, ending the pursuit. It ended in Redford near 6 Mile.

The 22-year-old suspect and a passenger, a 16-year-old boy, were both hospitalized with minor injuries. The teen was released but the man is in custody facing formal charges.

"On behalf of the Sterling Heights Police Department, we went to think Warren Police Department and Michigan State Police they did an outstanding job. A great partnership as always with those police departments and we’re thankful for their help," Bastianelli said.