There was large marijuana grow operation inside a Roseville building which has since been boarded up. The city has yet to issue a single license for those businesses - so it was illegal - and the way it was set up made it a ticking time bomb.

ROSEVILLE, Mich. (FOX2) - There was a marijuana grow operation inside a Roseville building which has since been boarded up. The city has yet to issue a single license for those businesses - so it was illegal - and the way it was set up made it a ticking time bomb.

Neighbors always suspected something was off there and their suspicions were confirmed Tuesday.

"There would be five, six people coming out of there, garbage bags full of stuff, you don’t know what it is," said Aaron Steinhebel, who lives nearby. "Now we do."

Roseville police are investigating the illegal marijuana grow operation inside the building at Parkway and Eastland —  they got wind of the pot production after first responders showed up there to put out a fire Tuesday night.

"Once the officers got inside with the fire department, they encountered several hundred plants, a lot of usable marijuana packaged, all illegal, waxes, several plants, no licenses," said Deputy Police Chief Mitch Berlin.

Berlin says on top of the large amounts of pot found inside, the tenant here had an illegal DTE hook up, scores of extension cords powering the operation and a lot of butane—a highly flammable chemical used to process marijuana.

"One hundred percent illegal. very dangerous," Berlin said. "They didn’t pull permits for the electrical, so it posed a significant threat to the firefighters, the residents, the police officers. And with the electrical and the water and the butane, it could’ve been chaos."

And not just for first responders--- there are condos across the street from the building and police say an explosion here would’ve put them in harm’s way.

"Us, the kids, you know, our neighbors, you know, everybody around here," said neighbor Amanda Steinhebel.

"It’s scary. you wouldn’t even see it coming, it would happen so quick," said Aaron..

Restoration crews are boarding up the building. Police say it appears the building owner was unaware a tenant was running an illegal grow operation.

One person is in custody, but the investigation is far from over.

"It’s not about the marijuana, it’s about doing it right, safe for everybody. the residents," Berlin said. "If it would’ve blown up,  damage to their property, themselves. That’s why they have the regulations, the building codes. Do it legally, do it right, and we won’t have this type of situation."

Police have already been in contact with the Macomb County prosecutor-they expect to get the case to him as early as tomorrow. 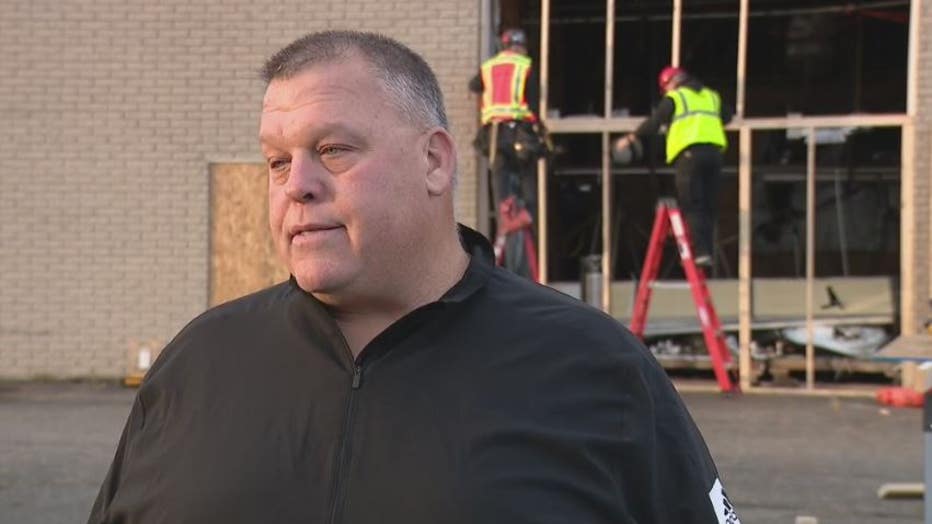