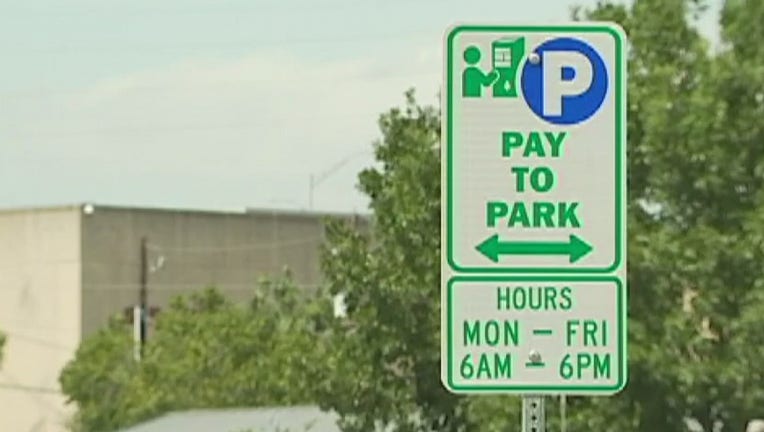 A woman with 14 tickets has won a major decision in a dispute over whether a Michigan city violated the U.S. Constitution by chalking her car tires without a search warrant.

It's a novel argument. Alison Taylor's lawyer said the Fourth Amendment’s ban against unreasonable searches was triggered when a Saginaw parking enforcer applied chalk marks and returned two hours later to see if the car was still there.

Saginaw cited an exception to the Fourth Amendment, but a federal appeals court said it doesn't fit.

"For nearly as long as automobiles have parked along city streets, municipalities have found ways to enforce parking regulations without implicating the Fourth Amendment," Judge Richard Griffin said in a 3-0 opinion Wednesday.

"Thus, tire chalking is not necessary to meet the ordinary needs of law enforcement, let alone the extraordinary," he said.

Parking enforcer Tabitha Hoskins would take notes and sometimes chalk tires in areas where there was a time limit but no meters. The city said chalking was a signal to motorists that vehicles were being watched.

"The city has significant interests that are furthered by enforcing its parking ordinances through the use of chalk, and these interests greatly outweigh the minimal intrusion that a chalk mark creates," Saginaw said in a court filing.

The 6th U.S. Circuit Court of Appeals overturned a ruling in favor of Saginaw and sent the case back to U.S. District Judge Thomas Ludington for the next steps. It was Taylor’s second trip to the appeals court.

Attorney Philip Ellison wants to make the lawsuit a class-action open to other drivers who were ticketed in Saginaw.

"We have all the records of every tire she chalked," Ellison said.

Despite the weighty constitutional question, there were light moments when the court heard arguments on July 29.

"I haven't gotten many parking tickets," said Judge Joan Larsen, a former Michigan Supreme Court justice. "Only because I have a reserved parking spot."