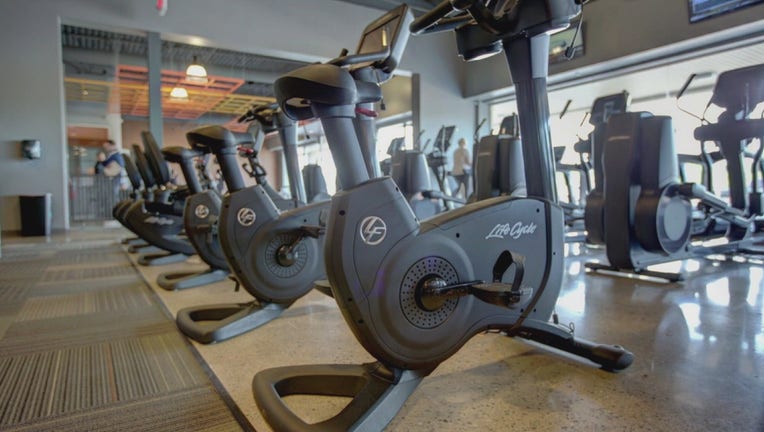 SOUTHFIELD, Mich. (FOX 2) - Michigan Governor Gretchen Whitmer is poised to make an announcement next week regarding the reopening of gyms across the state after they've been closed for nearly six months due to coronavirus, according to FOX 2's Tim Skubick.

There are strong indications that  Gov. Whitmer is nearly ready to make the move to re-open gyms across the state soon, according to sources in Lansing.

The governor is expected to make the formal announcement next week, barring a dramatic change in cases, Skubick reports.

Michigan Governor Gretchen Whitmer is poised to make an announcement next week regarding the reopening of gyms across the state after they've been closed for nearly six months due to coronavirus, according to FOX 2's Tim Skubick.

Gyms were first forced to close in Michigan in mid-March when all non-essential businesses were shuttered. Since then, many other businesses have reopened as the state continues to battle the spread of COVID-19.

For months, owners have pleaded with the governor's office to allow them to reopen. However, because heavy breathing and perspiration can cause the virus to spread, Whitmer has held off on allowing them to reopen.

Earlier this week, she said that she would not be forced into making a decision.

"The COVID-19 threat is still a very real threat," she said. I'm not going to be bullied into making that decision. I'm going to follow the science, I'm going to work with (Chief Medical Director Dr. Joneigh) Khaldun."

On Friday, Michigan's cumulative COVID-19 cases surpassed 100,000 since mid-March. The state also reports a total of 6,446 deaths linked to the virus.

The governor's office has not issued a statement regarding a press conference next week or an announcement on gyms reopening.

FOX 2 has featured several gym owners who have asked the governor to reconsider the closure. One of them, the Beverly Hills Club, reopened for workouts despite the order.

"We've gotten absolutely no response from the government," owner Steven Satovsky said. "We feel like we've just been a forgotten industry."

As of Thursday, the club was still open for business.

In June, a federal judge ruled last week that gyms could reopen despite the order. Just hours before gyms were going to reopen, a federal appeals court sided with the governor's orders to keep gyms closed to the public.