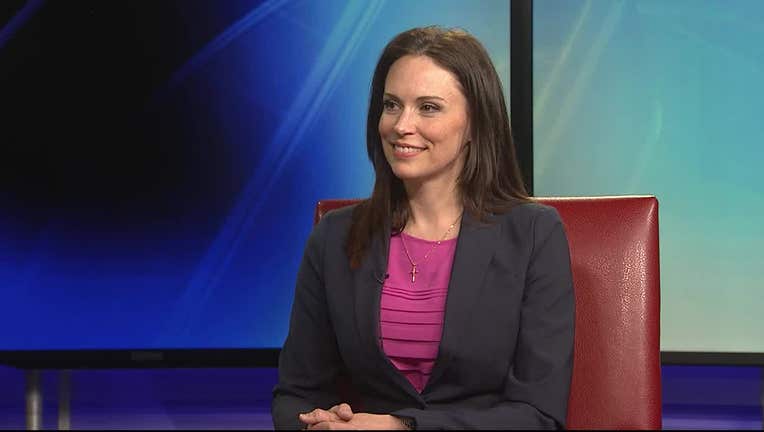 LANSING, Mich. (AP) - The Republican candidate for Michigan governor on Friday compared Gov. Gretchen Whitmer’s policies to the 2020 plot to kidnap the Democratic incumbent, remarks that Democrats criticized as making light of a serious and dangerous crime.

"Sad thing is, Gretchen will tie your hands, put a gun to your head and ask if you’re ready to talk," Dixon told a crowd at an event in Troy while speaking about the need to cut business regulations. "For someone so worried about being kidnapped, Gretchen Whitmer sure is good at taking business hostage."

At an event later Friday, Dixon referenced an appearance Whitmer made with President Joe Biden at the Detroit Auto Show.

"I’ll tell you the look on her face, she was like: ‘Oh my gosh this is happening. I’d rather be kidnapped by the FBI,’" Dixon said.

Two men were convicted last month of plotting to kidnap Whitmer because they were angry about pandemic-related restrictions she imposed. Prosecutors said they were part of a group who conspired to abduct Whitmer at her vacation home and to blow up a bridge to disrupt police so they wouldn’t be caught. The FBI said it broke up the plot before it could occur.

The jury’s conviction came in a second trial against the two men, Barry Croft Jr. and Adam Fox. At an earlier trial, the jury was unable to reach a unanimous verdict, while two other men were acquitted. Their lawyers argued the men were big talkers who were set up by the FBI and said there was no actual plot.

Whitmer's lead over Dixon increases to 16 points in latest poll.

Michigan Gov. Gretchen Whitmer is favored by 16 points over Tudor Dixon in the latest Detroit Free Press statewide survey. Pollsters say that doesn't mean this race is over.

"Threats of violence are no laughing matter, and the fact that Dixon spent the day making joke after joke about it shows that she is absolutely unfit to serve in public office," Whitmer campaign spokeswoman Maeve Coyle tweeted.

Dixon was endorsed by former President Donald Trump during the GOP primary and is now trailing Whitmer in fundraising and support. She campaigned Friday with Trump’s son Donald Trump Jr., who called the conspiracy to kidnap Whitmer "the fake kidnap plot orchestrated by the FBI."

Dixon criticized the media for not reporting on what she called attacks against her during Biden’s recent visit, saying he "called me all kinds of names and put my life in danger."