Almost two weeks since Loren Courts was killed on the job in Detroit, the fallen police officer was laid to rest in front of thousands of police officers and his family.

DETROIT (FOX 2) - On Monday, the body of Loren Courts was laid to rest as his family - both biologically and the men and women in uniform - honored his life as a Detroit Police Officer.

It's been 12 days since Courts' life was cut short when he got into a shootout with a suspect in Detroit. On Monday, his family said goodbye to their ‘Batman’.

Detroit Police Commander Chaplain Yolanda Stinson summed it up best in saying there's no way to repay his family for his life.

"For Loren Courts and his family, it's a debt we can't repay," Stinson said during the nearly 3 hour long service.

Hundreds of officers lined 7 Mile on Monday outside of Great Grace Temple and they came from across the country and even international borders.

"When one of us gets hurt, when one of it passes it affects all of us it could have been any of us," said Chikaming Township Sgt. Brandon Jones, who made the drive from the west side of the state.

In the front row of the church was Courts' wife of 11 years, Christine, his 15-year-old son, Darian, and his 9-year-old son, Devyn. They were all wearing red ribbons and his brother, Larry, shook while speaking. 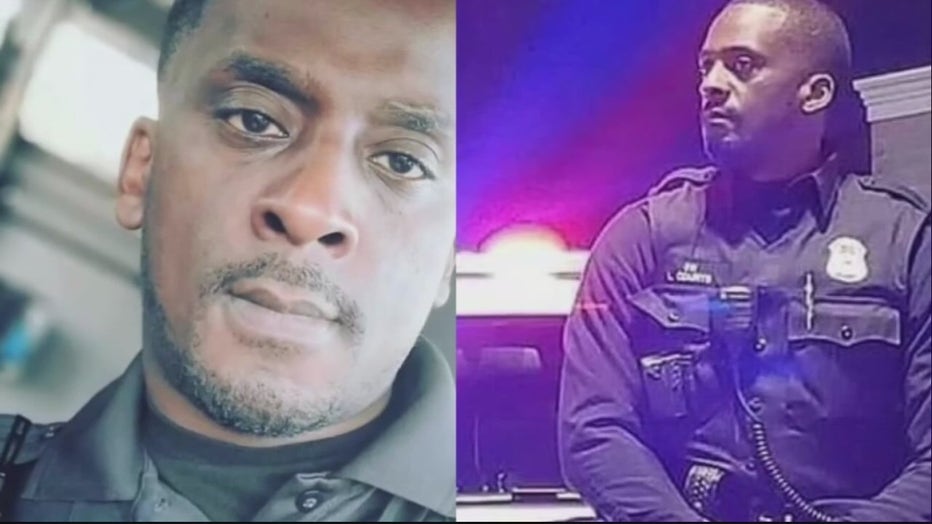 "He wasn't just my brother, he was my best friend and we (were) joined at the hip (from) the time we were kids until now," Larry said.

His aunt, Lisa Littleton Cox, said she fell in love with Loren as a baby and ultimately delivered his eulogy that came way too early.

"He called me aunty Lisa and I called him Lorney," she said. "(I'll miss) seeing him every day - because I live next door, I won't see my nephew no more. I am going to miss him."

Officer Courts was with the department for five years and followed in his father's footsteps.

For Detroit Police Chief James White, it was his first address for the funeral of a fallen officer since he took over as chief a year ago.

"This is a very tragic day for the city. Everyone should feel this loss," White said.

The chief commended Courts' actions and said he was everything a police officer should be - and, more importantly, everything a man should be.

Officer Courts was laid to rest at Woodlawn Cemetery on Woodward in Detroit.