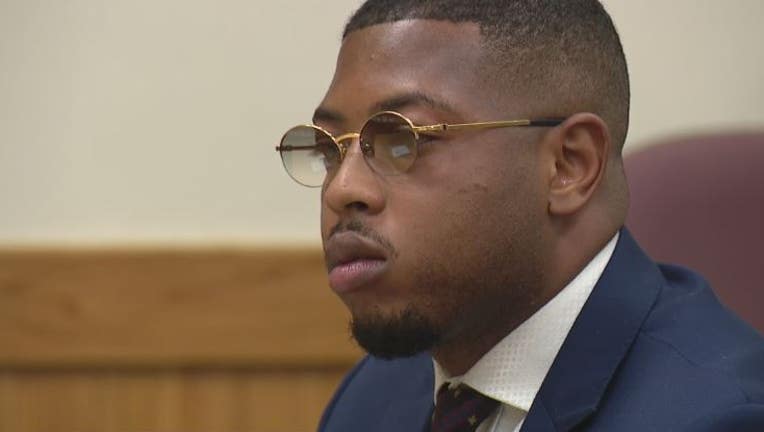 The 26-year-old is also accused of tampering with his tether, according to court records.

In July he violated his bond by failing to pay for his tether. He received the tether after a June bond violation. He was allowed to miss court-ordered drug and alcohol testing for National Guard training. He was able to get a pass from the Guard to go to Lansing for committee meetings but also posted a photo of him in Wayne.

After the July violation, a judge ordered him to pay a $1,000 fine and told him he would go to jail if he had any additional violations.

Jones was arrested in April after he was accused of driving drunk and crashing his SUV on the side of I-96 in Livingston County. Police reports showed that the lawmaker and a female passenger had their pants down when they were found.

His lawyer did not comment on the latest bond violation accusation. Jones has a court appearance scheduled for Sept. 15.

State Rep. Jewell Jones violated his bond, but will get to remain out of jail. The Inkster lawmaker appeared in Livingston County Friday for failing to pay a fee for his electronic tether.