Embattled State Rep. Jewel Jones posted on social media recently that he would help anyone get an exemption for a COVID-19 vaccination for work or school.

DETROIT (FOX 2) - State Rep. Jewel Jones posted on social media recently that he would help anyone get an exemption for a COVID-19 vaccination for work or school.

FOX 2 caught up with the 26-year-old Democrat Inkster rep while he was painting his uncle's house in Detroit.

"I'm not saying, hey we don't need to get the vaccination, but the choice is important," Jones said. "I know that there are still a lot of people out there who are hesitant about the vaccine, who are just flat-out, not getting it. So I want to make sure that they can still continue their studies or continue their careers."

But Jones added that a letter will not automatically get a vaccine exemption.

"If this is the choice you want to make, and you just need a little extra (help) getting over that," he said.

FOX 2: "Some people say that you being a state rep shouldn't be advertising that the vaccine isn't good. What do you say to those people?"

"I would say that I'm not advertising whether or not the vaccine is good or not," Jones said. "This is simply about choice. If somebody wants to make a decision to get the vaccine, I will definitely help him get to it."

FOX 2: "You obviously know the governor. It seems that the governor is pushing the vaccine. Do you differ with her on this?"

"I support our governor," Jones said. "I think Governor Whitmer is an excellent governor, I'm still beside her. But in terms of choice, I have to make sure we're not forcing people."

Both Inkster and Westland are among the cities in Jones' district.

Westland Mayor Bill Wild said, "While we respect that this is an issue of personal choice, in Westland we have been and are continuing to encourage residents to get vaccinated."

Inkster Mayor Patrick Wimberly said  "I also respect people's choice not to get vaccinated. However, I believe that vaccines are a good way to help the entire community beat Covid." 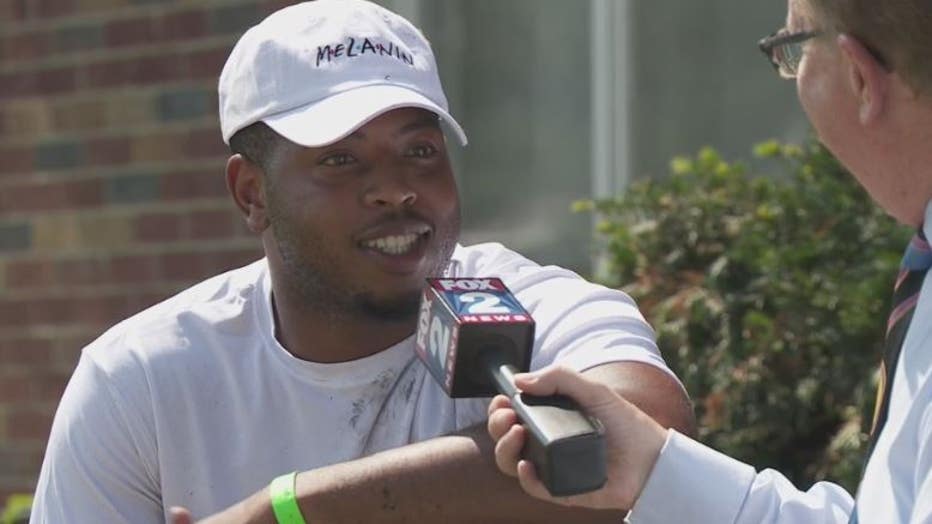 FOX 2: "How many letters have you written?"

While he won't give a number, he did say that if people want his assistance- check him out on social media.