Detectives from the Metro Narcotics Enforcement Team conducted their investigation across several Wayne County cities and arrested two men in connection with the major drug bust.

The team also discovered an illegal marijuana grow operation inside a warehouse. 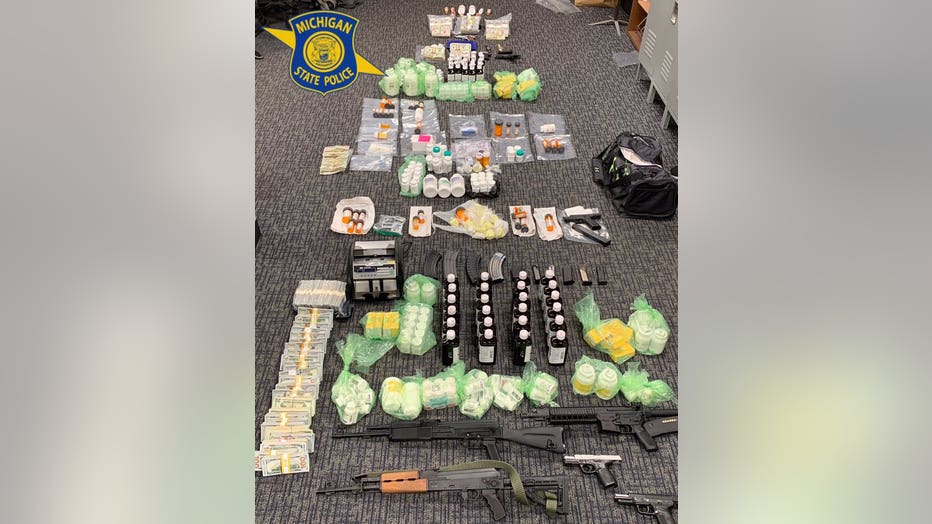 The MNET's investigation spanned the cities of Dearborn, Garden City, Inkster, and Lincoln Park, where they served eight search warrants. The two suspects arrested were a Dearborn man, 36, and an Inkster man, 42.

A photo posted by MSP on Twitter shows several rows of guns, ammunition, bagged-up bottles of pills, and stacks of cash.

Police say the two arrested were believed to be major suppliers of illegal prescription drugs in Metro Detroit. The two men were released and charges are pending.

During the four-month investigation when police discovered the warehouse, they counted more than 100 marijuana plants. The portion of the investigation was shifted to the MSP's Marijuana and Tobacco Investigation Section.