WARREN, Mich. (FOX 2) - "Only monsters or godless creatures would pull the trigger on a 6-year-old and execute a child."

Calling the execution-style murder of a little boy unthinkable, senseless and "truly evil," Warren police commissioner Bill Dwyer, along with detectives and Detroit police, are on the hunt for the person or persons who killed the boy, his father and his father's girlfriend.

In a news conference Friday, Warren police commissioner said only a 'monster' or 'godless creature' would pull the trigger on a 6-year-old boy.

"When you murder of 6-year-old innocent baby, the person or persons responsible deserve the death penalty," Dwyer said Friday morning at a news conference. Possibly getting federal authorities involved, Warren and Detroit police pleaded for help from the public.

Warren police discovered the bodies of 6-year-old Tai'raz Moore and his father's 28-year-old girlfriend, Isis Rimson, in the basement of their home on Otis Thursday morning.

Detroit police say just hours earlier they found the body of Tai'raz's father, 31-year-old Tukoyo Moore, in the back seat of a burned-up rental car on Hyde Park Drive in Detroit. Police then went to inform his family in Warren and made the other terrible discovery.

"We found the door of that house on Otis open, subsequently called warren police and they did a well-being check," Detroit police Commander Eric Decker said.

Warren police stumbled upon that gruesome scene in the basement. The little boy had been shot twice in the head.

"How y'all killed him was so disgusting. You have no conscience. You took my life. You took my baby," the boy's mother Brittany Thompson said. 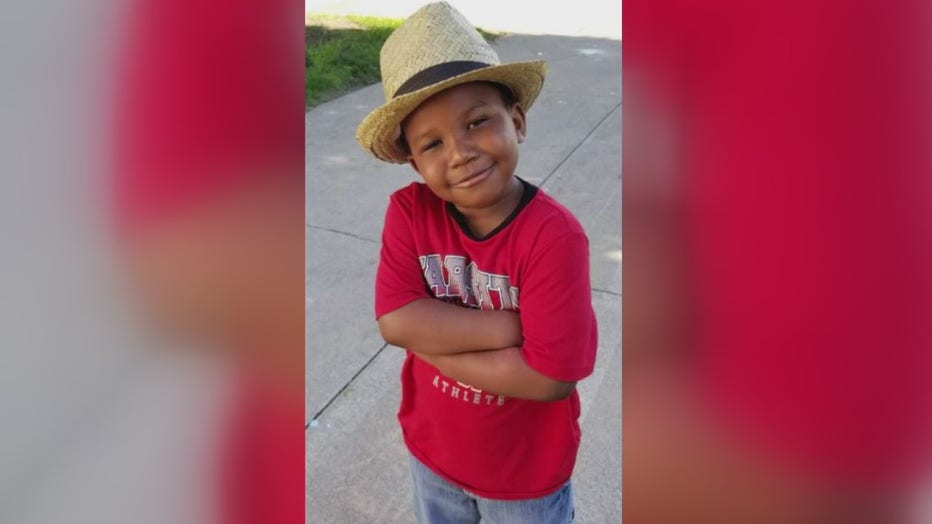 Police sources say they have evidence of narcotics and packaging that leans toward a narcotics NEXUS, but haven't elaborated more on what a motive may have been.

Warren and Detroit police continue to search the home, analyze evidence and interview possible witnesses, family and friends. They're also going through a lot of surveillance video from Ring doorbells to try and find who is responsible.

In the middle of all of this, the heartbroken family of Tai'rez Moore must plan his funeral. If you'd like to make a donation to help, you can do so via a GoFundMe account here.