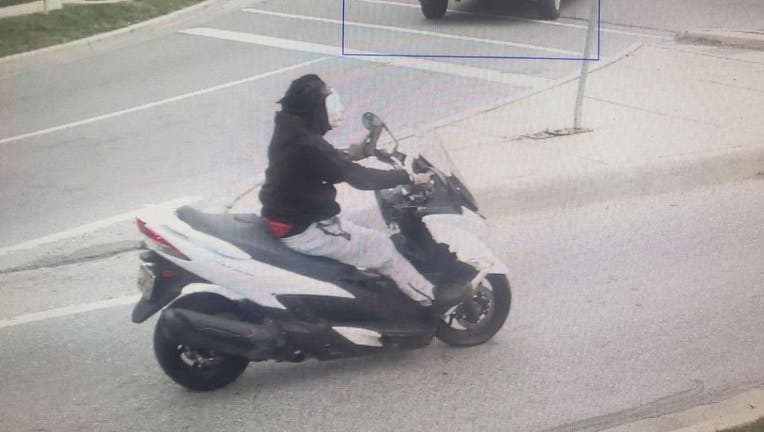 This motorcyclist is accused of chasing and shooting at a driver Thursday in Ypsilani.

YPSILANTI, Mich. (FOX 2) - A man riding a moped shot at a driver in a vehicle while chasing them Thursday in Ypsilanti, authorities said.

The shooting caused the vehicle to lose control and crash in the area of Michigan Avenue and Congress Street around 3 p.m. Authorities are seeking the motorcyclist.

Authorities said it appeared the chase had started in Superior Township, which is just north of Ypsilanti, so the Washtenaw County Sheriff's Office is handling the investigation.