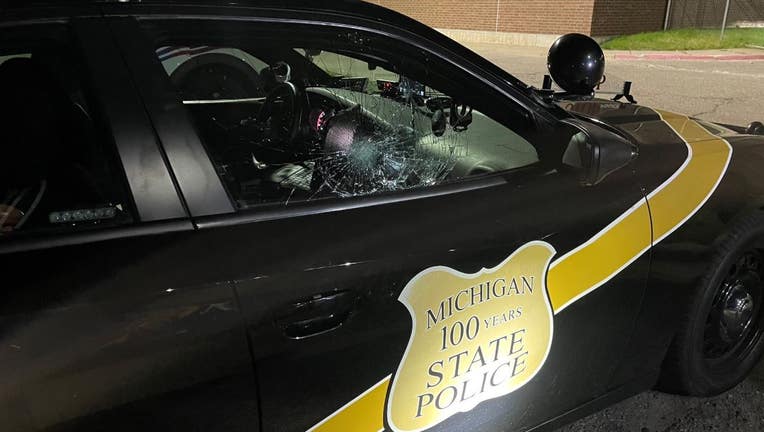 DETROIT (FOX 2) - A Royal Oak man is accused of smashing a Michigan State Police patrol car window with his head and spitting at a police officer during an arrest Saturday in Detroit, police said.

Police said they stopped a vehicle in the area of Davison Street and Oakman Boulevard in Detroit at 11:30 p.m. because it was registered to someone with warrants for larceny of a firearm.

Dontavious Loving, 27, was arrested and placed in the front seat of a patrol car. Police said Loving got angry that his vehicle was being impounded and started hitting his head on the computer in the car. Troopers restrained him until he calmed down.

Police said once they shut his door, he started hitting the window with his head until it broke. 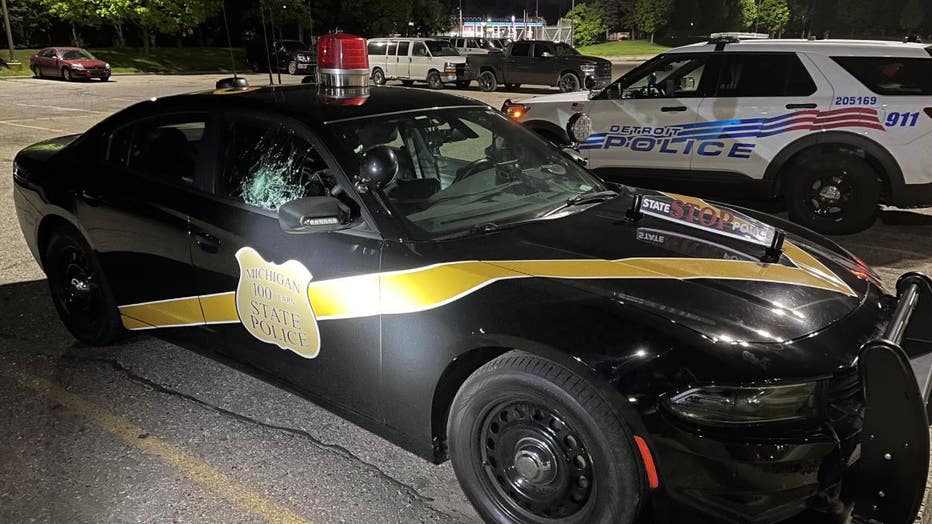 Loving was taken to the Detroit Detention Center, where he is accused of refusing to wear a mask and spitting at a Detroit police officer as she tried to take his temperature, police said.

Loving is charged with resisting and obstructing, destruction of police property, and driving with a suspended license. He was given a $2,500 personal bond.