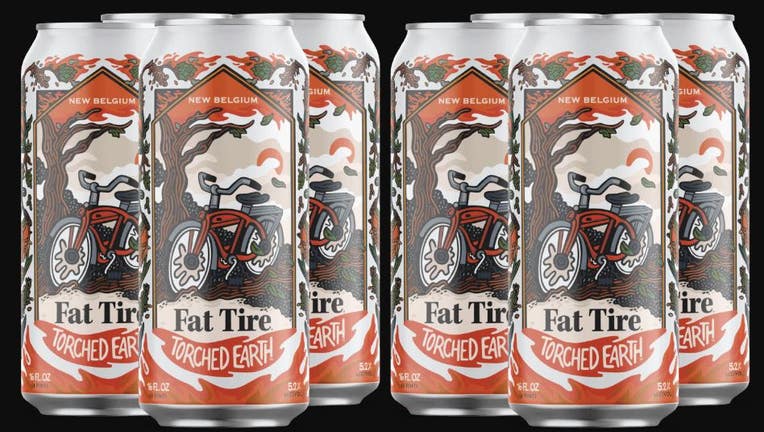 FORT COLLINS, Colo. (FOX 2) - New Belgium Brewing Co. released a beer that is purposely bad to show the impact climate change could have on the brewing industry.

The Colorado-based brewery released Fat Tire Torched Earth Ale for Earth Day. It is brewed with smoke-tainted water, dandelions, and drought-resistant grains, such as millet and buckwheat, making it a beer that smells smokey and is starchy.

According to the brewery, these are some of the products brewers would need to make beers if climate change isn't controlled.

The smoke-tainted water was to exemplify the impact wildfires could have on water, while the drought-resistant grains were added because these are the types of grains that would be best suited to survive changing agriculture. Dandelions were used because they are bitter, and shelf-stable hop extract was chosen rather than fresh hops.

Climate change could make growing some beer ingredients difficult or expensive, and in some cases, impossible.

The beer's label was designed by Kelly Malka, a Los Angeles-based artist and first-generation Moroccan immigrant, who has experienced the impacts of climate change due to wildfires where she lives.

"If you don’t have a climate plan, you don’t have a business plan," said New Belgium CEO Steve Fechheimer. "Aggressive action to help solve the climate crisis is not only an urgent environmental and social imperative – it’s also a no-brainer for companies seeking to create long-term shareholder value, compete with rivals like China, and create good-paying jobs here at home. As a medium-sized company, New Belgium can only have a medium-sized impact. We need more of the big guys to step up, too."