An Ypsilanti boy who was shot by a neighbor over the summer got a big surprise Thursday night.

YPSILANTI, Mich. (FOX 2) - Six-year-old Coby Daniel is having a very merry Christmas after a tough summer.

The Ypsilanti boy was shot by a neighbor who allegedly first tried to hit him with a sledgehammer for getting his bike off the neighbor's lawn.

After the June shooting, New Era Detroit reached out to Coby's family and stayed in contact with them. On Thursday, they showed up at the boy's house with truckloads of gifts.

"People just don’t stick and stay like that. This happened a few months ago and usually people have been forgotten about it, you know what I mean? And it’s good that New Era Detroit stayed on it," said Arnold Daniel, Coby's father.

Coby received all sorts of goodies from New Era Detroit, including toys, video games, controllers, a trampoline, and more. 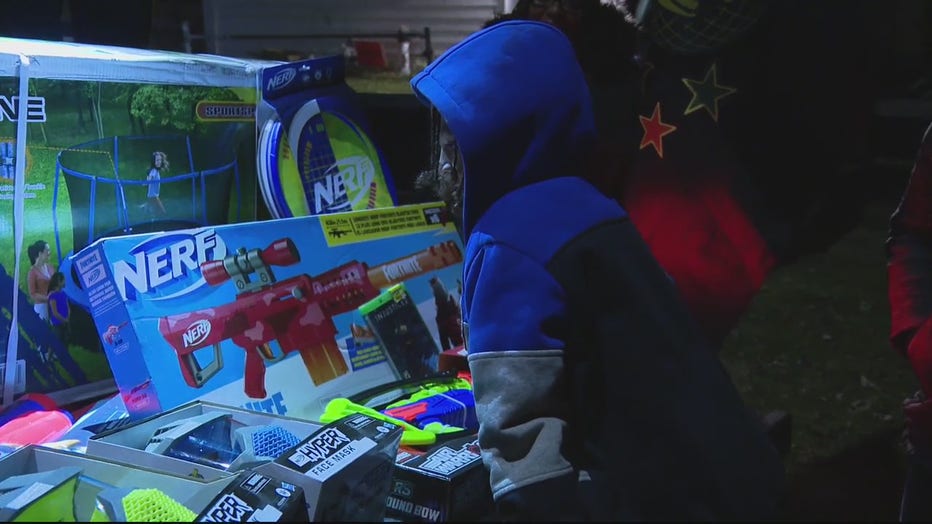 "You know for us, it’s not just coming out for one time, it’s about building a relationship and letting them know the reason why we came out is because we care," said New Era founder Zeek Williams. "We don’t care if you Black, yellow, red, purple, green or orange, if you do something to harm our people, harm our community, we need to make sure that we’re out here showing face and letting people know that’s something we will never stand for."