WARREN, Mich. (FOX 2) - Another parent has come forward saying their child was subjected to hazing at Warren De La Salle and Warren Police Commissioner Bill Dwyer said the family is expected to cooperate with the police.

Dwyer told FOX 2 Wednesday morning that another parent has come forward and is expected to file a report.

"We received a call from a concerned parent who said his son was a victim," Dwyer said. "We are very concerned for closure in this case. I think the parents, victims, and the school has suffered enough."

According to Dwyer, there were 12 families that would not allow police to interview them and some were represented by attorneys. he said that slowed the investigation.

On Tuesday, the St. Clair County Prosecutor's Office announced no charges would be filed because the office "does not have admissible evidence to move forward with the prosecution."

Dwyer agreed on Wednesday, saying that the investigation was wrong from the beginning and wonders if the person responsible at the school committed a crime.

"It was tainted from the beginning. It was at least three days after it was initially reported that we received any information from De La Salle," Dwyer said. "The person in charge at De La Salle acted very inappropriately, almost bordering on criminal charges, as far as I'm concerned, for the cover-up."

St. Clair County was tasked with the investigation as there was a conflict in the Macomb County Prosecutor's Office.

Special Prosecutor Michael D. Wendling said the office believes there was a crime committed but could not move forward.

"Based upon all the information made available for our review, it is the opinion of our office that criminal charges cannot be substantiated at this time," Wendling wrote, blaming the result due to multiple circumstances "beyond our control."

The St, Clair Prosecutor's Office said that timing after the incident was an issue, saying that the Warren Police Department had not been contacted until after De La Salle conducted its own investigation.

A lack of cooperation was cited including most of the coaching staff refusing to speak with police on the advice of the school's lawyers. Wendling cited the De La Salle staff as being uncooperative in Tuesday's announcement.

"The non-cooperation of De La Salle staff is especially upsetting considering that they are the people who have an obligation to protect these children and are mandated to report any misconduct."

Warren Police had recommended charges against a pair of 16-year-old boys and an 18-year-old who was 17 at the time the hazing is alleged to have happened. But a few hours later, the Macomb County prosecutor said the victim in the case doesn't want to pursue charges and has declined to speak to investigators.

De La Salle canceled the rest of its football season in late October after hazing was reportedly uncovered at the private school. 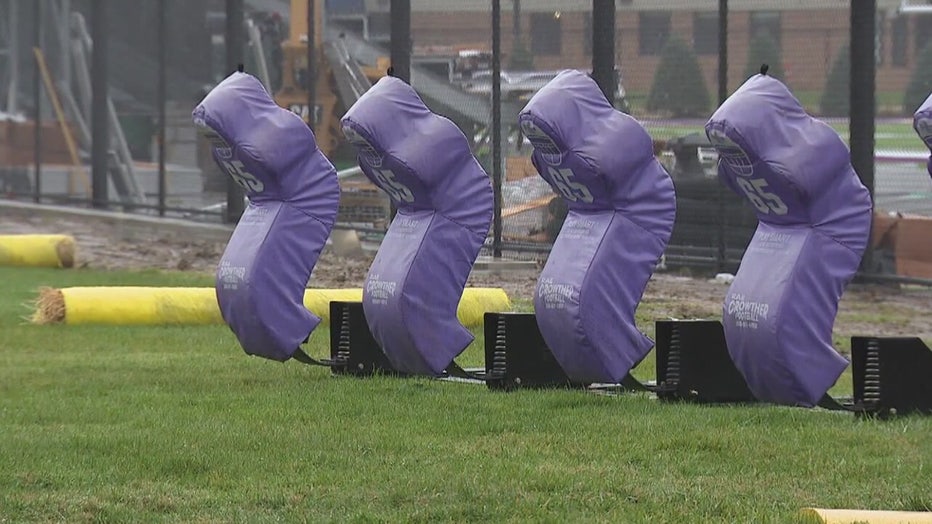