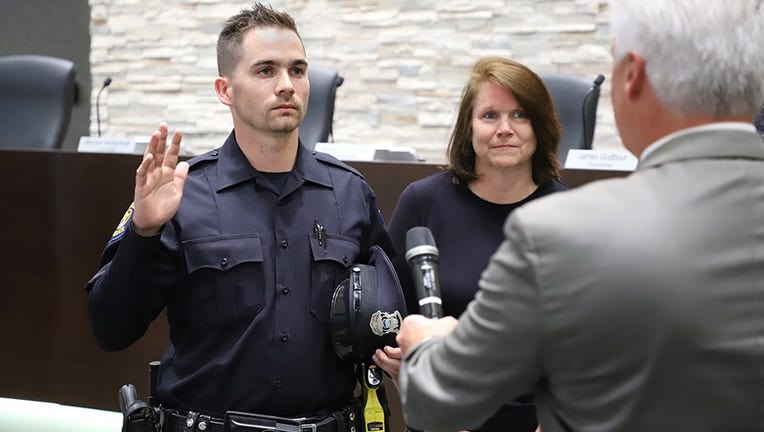 WESTLAND, Mich. - A recent hire at the Westland Police Department has been charged in multiple domestic violence cases after he allegedly punched his girlfriend before strangling her.

Officer Sebastian Iavasile was arrested twice on Aug. 22 early for two separate incidents in Livonia and Northville for assaulting a 24-year-old woman.

Both incidents prompted calls from police and include separate charges.

According to a Wayne County Prosecutor's Office press release, Iavasile punched his girlfriend in the nose in Livonia. He was charged with a misdemeanor charge of assault and battery.

Then, later on Aug. 22 at 1:28 a.m., Northville police were called to an apartment where the same 24-year-old woman alleged she was physically assaulted by her boyfriend. According to the prosecutor's office, Iavasile struck the woman and strangled her.

Following a warrant request that was signed the same day, he was charged with felony assault with intent to do great bodily harm and another misdemeanor domestic violence charge.

In the Northville case, he was given a $5,000 personal bond and is scheduled for an examination on September 1.