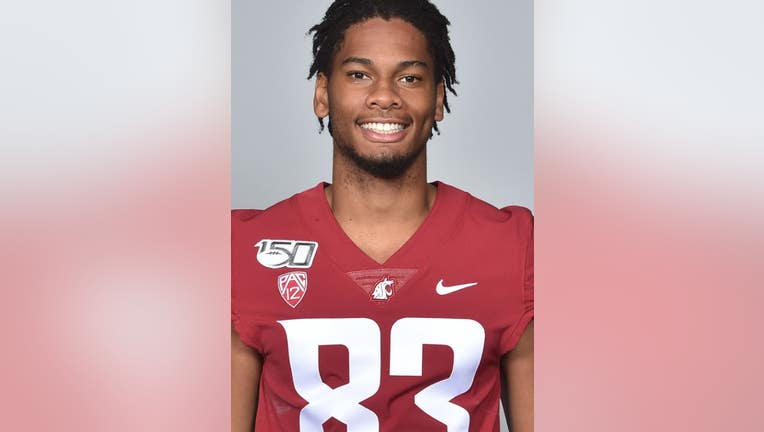 PULLMAN, Wash. - Prosecutors have declined to file criminal charges against a man suspected of shooting and killing his roommate and wounding a Washington State University football player outside a house party in Pullman early Saturday.

Whitman County Prosecutor Dan LeBeau said the investigation into George Harris III’s claim of self-defense is ongoing and charges could be filed later, The Spokesman-Review reported.

Harris, 23, was released from jail Wednesday after the 72-hour window to file charges lapsed.

As police responded to a noise complaint about the party near the WSU campus officers heard gunshots nearby and found Liban Barre and WSU football player Brandon Gray with gunshot wounds.

Barre, 23, was pronounced dead at a local hospital while Gray was flown to a Spokane hospital for treatment. Barre grew up in the Seattle suburbs of Renton and Kent and was deeply involved in his Somali American community there, Barre’s cousin, Yasir Rashid, told The Seattle Times. Barre had recently moved to Pullman with plans to become a student at WSU.

Gray, 22, is a wide receiver on the school’s football team and is from Detroit.

Police found Harris standing near Barre and collected a gun that Harris said belonged to him, court documents said. Barre and Harris were roommates.

Harris said the shooting was a terrible accident after he was "jumped" at the party, according to court documents. Police have not identified other suspects alluded to by Harris.

The investigation continues, said LeBeau, who declined to comment further on why charges were not filed against Harris.

LeBeau did say it’s "very common" to not file charges at this stage of an investigation.

According to WSU football coach Nick Rolovich, Gray is out of the intensive care unit and starting to recover from his injuries.