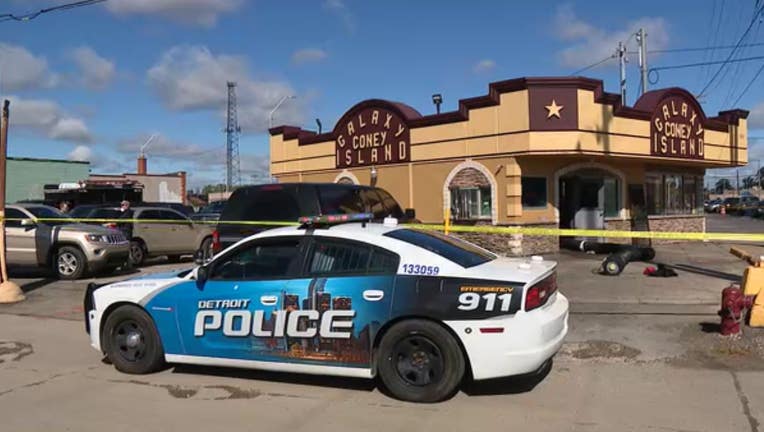 A Detroit police vehicle sits outside the Galaxy Coney Island on Grand River on the city's west side.

DETROIT (FOX 2) - The Auburn Hills Police Department said Tuesday that, after an extensive search of a coney island in Detroit, they found no evidence or remains connected to the search of a woman missing since 2001.

Auburn Hills Police Deputy Chief Ryan Gagnon said there was nothing found during the search of Galaxy Coney Island in Detroit last week.

A source told FOX 2 the search was in connection to the disappearance of Aferdita Gjergjaj who hasn't been seen since 2001.

Gagnon said Friday that police had probable cause to believe she was a murder victim and had been buried at the restaurant at some point in time. A spokesperson from the FBI confirmed to FOX 2 that, as an assisting agency, they helped dig up part of the floor in the basement Friday.

On Friday, Gagnon said no remains were found now he has said there is no evidence of any kind and there will be no other searching done at that location.

Gagnon said Gjergjaj was reported missing in February 2001 and that her ex-husband Binak "Kola" Gjerjaj has been a suspect in the case. He fled to Kosovo in 2001 immediately following her disappearance. The Oakland County Prosecutor issued an open murder warrant for his arrest.

In early 2019, an extradition agreement was signed. But while Kola was awaiting extradition, he died by suicide in jail.

Authorities believed missing woman to be buried at Detroit coney

A team of authorities executed a search warrant Friday at a restaurant in Detroit in connection with a woman's 19-year-old disappearance case.