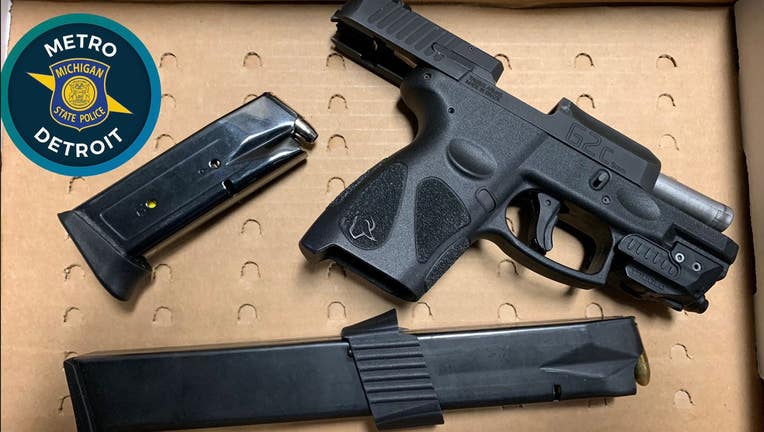 OAK PARK, Mich. (FOX 2) - State police arrested a Detroit man in his 20s and confiscated a loaded handgun from his car after he was pulled over for improper lane use.

The traffic stop happened in Oak Park on Aug. 21, according to tweets posted by state police in Metro Detroit.

According to troopers, the 28-year-old driver was pulled over for improper driving and operating a vehicle without insurance.

While next to the suspect car, police also spotted a 9 mm Taurus firearm with an extended 33-round magazine in the vehicle's back seat pocket. It was within reach of the driver, police said.

READ NEXT: Armed carjackers sought by DPD after auto theft at gas station

The driver also liked about having a concealed pistol license before being asked to perform a sobriety test.

He was later arrested.