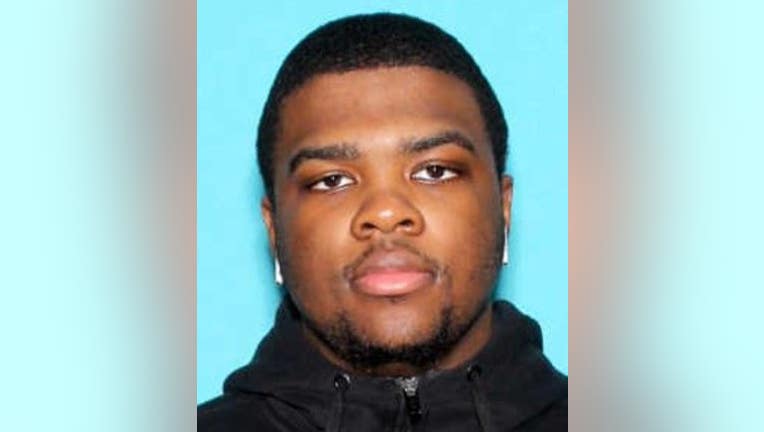 EASTPOINTE, Mich. (FOX 2) - Eastpointe police are looking for a person of interest after a shooting Tuesday.

Police said Savion Jackson, 20, was believed to be one of several people involved in the incident in the 23000 block of David, but they did not say who the shooter was.

Officers were called to the home around 3:30 p.m. on reports of a shooting. According to police, two females were fighting outside when a male came out of a home and shot at them and another male.

After the shooting, one of the females fled with the shooter. Police believe they were barricaded inside their home, but they were not found when authorities cleared the home. The handgun used in the shooting was found.

Read Next: 15-year-old accused of shooting mother's boyfriend in Eastpointe

The other male and female went into a home across the street.

Anyone with information is asked to call the Eastpointe Police Department at 586-445-5100.