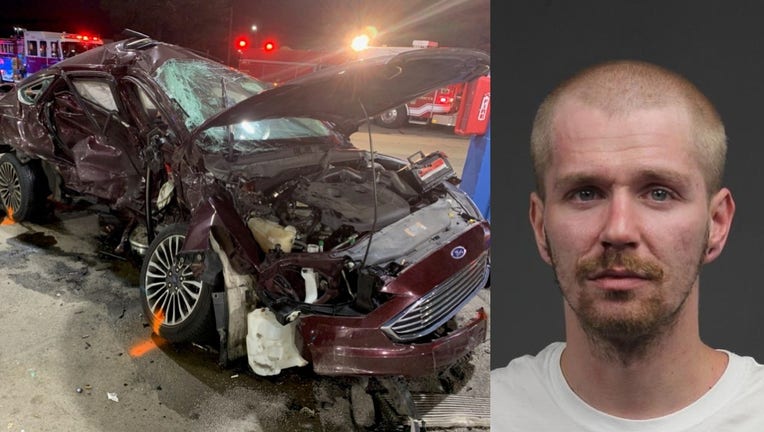 Dalton Leforce is accused of hitting an innocent driver's car (pictured) so hard that it slammed into a gas pump in Eastpointe (Photos: Eastpointe PD)

EASTPOINTE, Mich. (FOX 2) - A drunken driver caused a crash that destroyed an innocent driver's car after he ran a red light Wednesday in Eastpointe, police said.

According to police, Dalton Ray Leforce, 28, of Sterling Heights, was driving north on Gratiot when he ran a red light at 10 Mile and hit a Ford Fusion driven by a 16-year-old girl. The impact pushed the driver of the Fusion to swerve and hit a gas pump at a station on the corner. 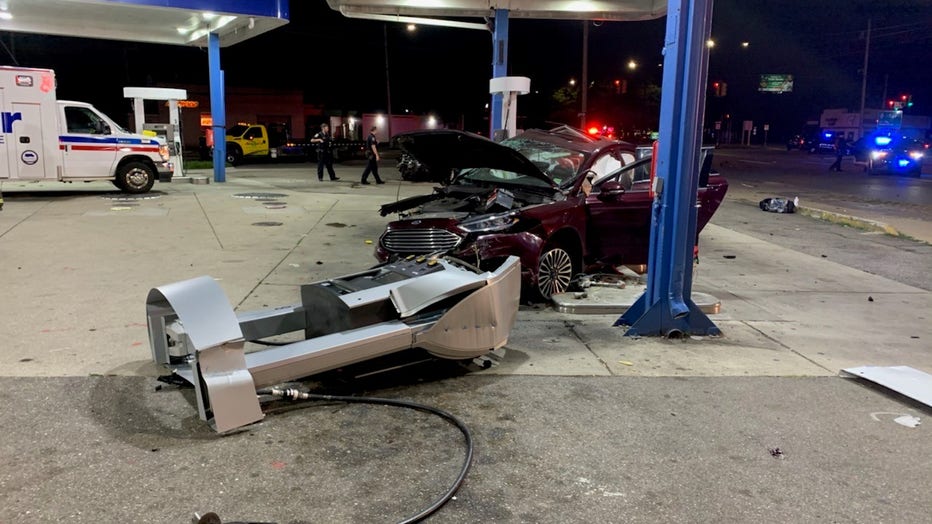 The teen's car after she was hit (Photo: Eastpointe PD)

The girl was treated and released from a local hospital. No one else was hurt.

Leforce, who is facing charges, was released on a $5,000 personal recognizance bond.