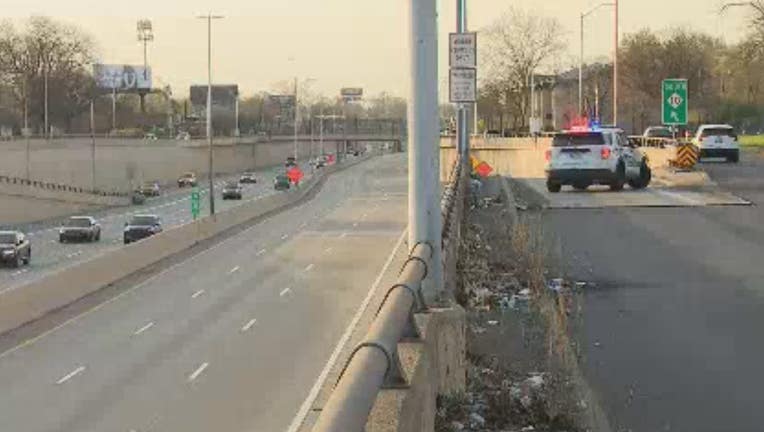 Police investigate a shooting on the Lodge Freeway in Detroit on April 19, 2021.

DETROIT (FOX 2) - One person was shot Monday morning on the Lodge Freeway in Detroit, police said.

According to police, a victim drove to a Detroit home, left their vehicle there, and went to Sinai-Grace Hospital after they were allegedly shot on the southbound side of the freeway near 7 Mile Road around 5 a.m. The victim suffered non-life-threatening injuries.

Police were working to locate the shooting scene, but they said they weren't sure if the victim was telling them the entire story of what happened.