A Dearborn police officer recently struggled to subdue a man having a mental health episode - but a couple of bystanders came to help.

"Kill me," yells Jaquan Murphy over and over, lying in the middle of the road on video on March 30.

A Dearborn police officer struggles to subdue a man having a mental health episode - but a couple of bystanders came to help.

The man was clearly having some sort of mental health emergency.

"I need my medicine," he says.

"We can get you your medicine," an officer says.

Dearborn Police Chief Ronald Haddad says Murphy is well-known to the department for past incidents.

"The Dearborn Police Department in the last 10 years has had 191 documented contacts with Mr. Murphy," Haddad said.

The majority of those incidents were for non-violent crimes and mental health issues. 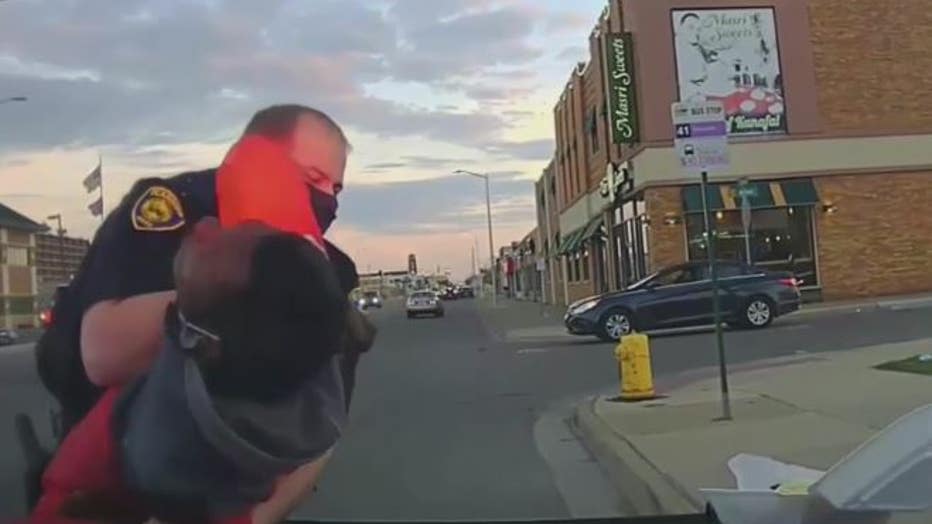 On the night of March 30th, Murphy was seen walking in the road on Shaefer, almost getting hit by cars.

An officer on the scene recognized Murphy, knowing he has four outstanding warrants, he stops him.

"You see him grab him by the wrist, that's just a safety maneuver to make sure he has nothing in his hand, probably put handcuffs on him," Haddad said.

But the video which has gone viral, shows Murphy resist. The two begin struggling and up in the street, a handful of residents ran over to help.

Chief Haddad spoke about how his officers handled the situation and the invaluable role every day people played during the incident. 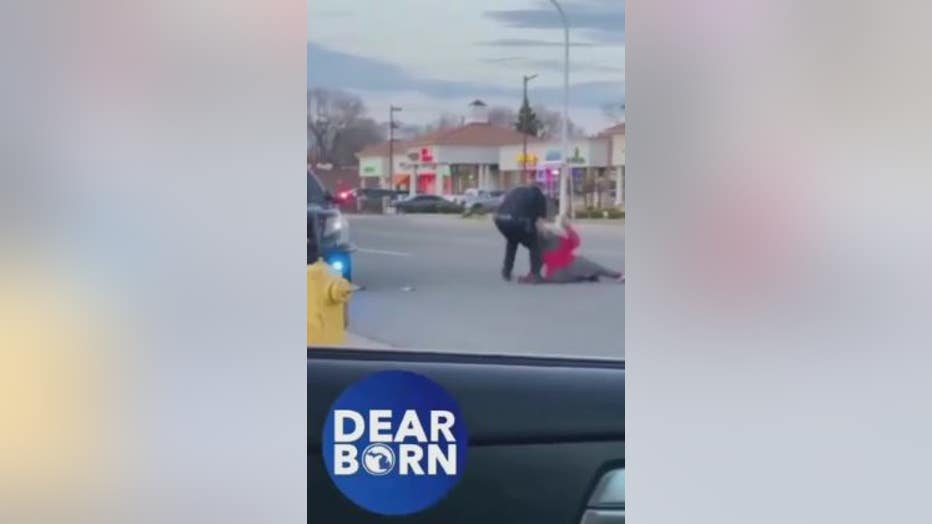 Online video of the incident raised questions about how Dearborn police handled the arrest.

"I couldn't be prouder of those individuals that stopped," Haddad said. "They were looking out for the community - that's the way our community functions, so they did the right thing in a bad situation."

Chief Haddad also commended his officers on the scene that night.

"I would not say they exercised restraint, they exercised what we've trained them - and there is a difference," he said. "They used containment and control versus force and submission."

And once they were able to get Murphy in custody, they took him to a hospital for a mental evaluation rather than to jail - despite the fact Murphy had four outstanding warrants at the time.

"While he clearly posed a danger to himself or others, taking him to jail wouldn't have benefited anyone," Haddad said. 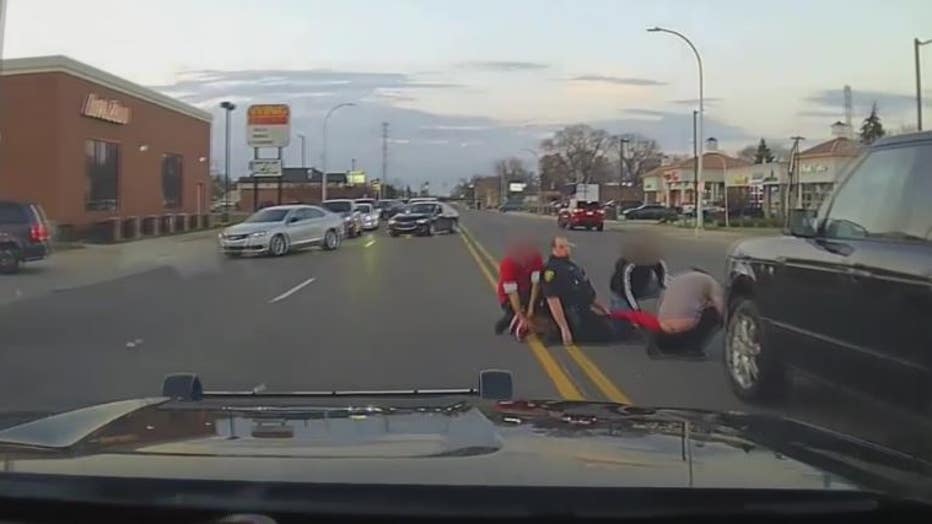 Dashcam video shows the suspect held down by a Dearborn police officer and three bystanders. The police chief praised how the situation was handled by all involved.

Neither would the use of excessive force according to the chief.

Chief Haddad says that Murphy has had run-ins with 11 jurisdictions from around metro Detroit. Haddad will hold a formal press conference addressing the incident on Friday morning.