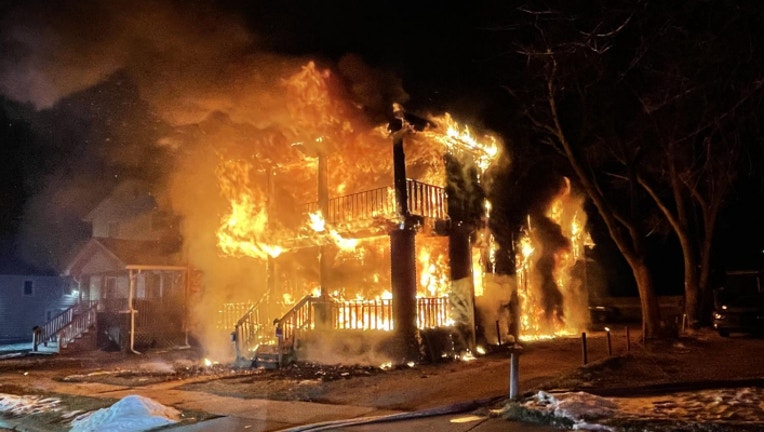 Authorities said 11 adults were inside the building in the 800 block of St. Clair Street when it caught fire at 2:44 a.m.

According to the Oakland County Sheriff's Office, a 36-year-old man told deputies that he had jumped out of a second-story window and told his 19-year-old stepson, who has autism, to follow him, but he refused. The stepson wasn't seen escaping the fire and has not been accounted for.

Authorities found two bodies inside the home – one in a second-floor bedroom and one on the first floor in the kitchen. Neither body has been positively identified. 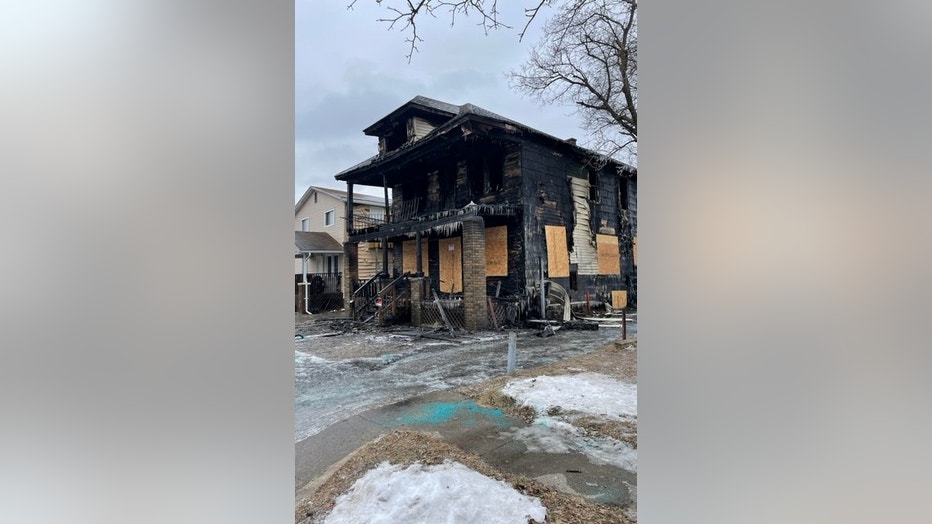 Other residents also jumped to safety, and a 58-year-old man suffered a broken leg.

Two other men, ages 67 and 68, were treated for smoke inhalation. Two other people were also hurt, and their injuries were still being assessed after the fire. Officials do not believe any of the injuries are life-threatening.