FOX 2 - Rebecca Lopez spoke to FOX 2 from Beaumont Hospital where she's been since May 2nd.

A Pontiac mother is praying every day, hoping that her 14-year-old son wakes up.

"It's a wait-and-see game, there is no telling right now," she said.

Both her sons Luis and Ricardo were struck by a car at the intersection of Telegraph and Voorheis in Waterford Township while riding a minibike. Luis' condition is critical while Ricardo, who was celebrating his 13th birthday that day, broke his leg.

"Luis had already been taken by ambulance to Beaumont and Ricardo was on the ground screaming," she said.

He is still in a coma suffering from a traumatic brain injury, broken femurs. he also fractured his knee,  jaw, and wrist. The 14-year-old has already undergone multiple surgeries.

"I want him to wake up, I want him to come home, I want him to fix mini bikes like he's always done," Lopez said. "And then the doctors have to put it in perspective and wake me up, and say he's not going to be the same." 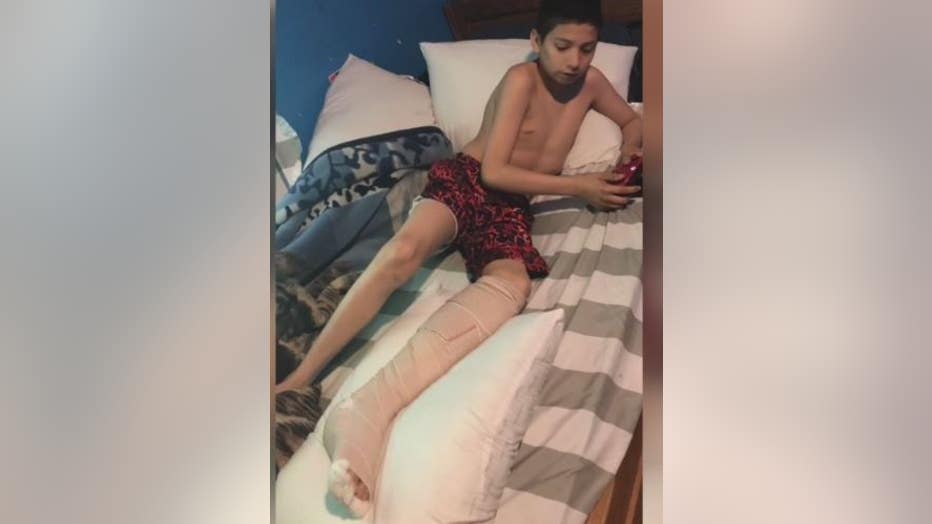 Ricardo Lopez, 13, suffered a broken leg in the minibike accident.

With so much uncertainty and bills continuing to grow - the Lopez family has started a GoFundMe account. Luis will eventually need a wheelchair, a ramp, and an accessible van, which the family says they simply can't afford.

"It is really tough, we don't know how much it will cost," she said. "We have donations so far and it's helpful, but the prayers I think we need most right now. Pray for him to wake up."

The money will also go toward what insurance won't cover. The Lopez family is praying for Luis to recover, but they realize it will be a long road ahead. 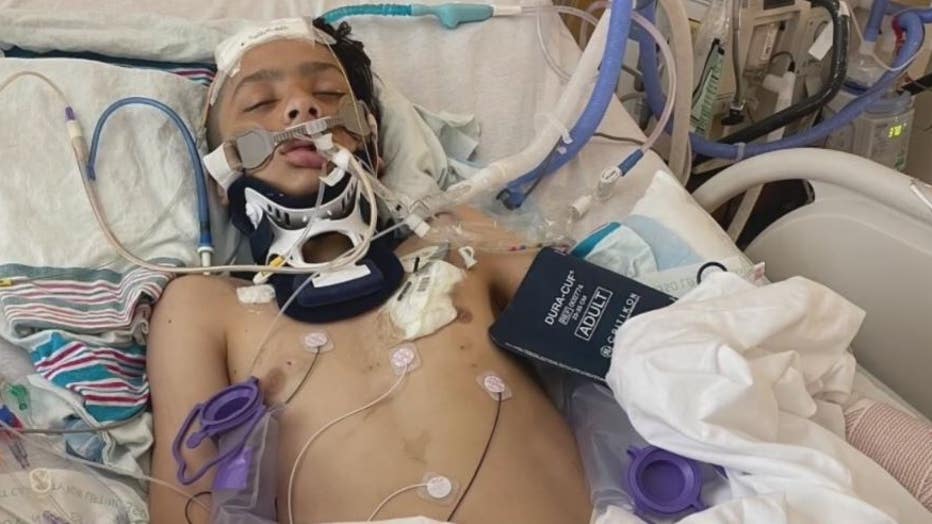 Luis Lopez was severely injured after being hit by a car on his minibike.

His mom also says both teens were not wearing a helmet when they were struck - something they had but chose not to use.

FOX 2: "It's a good reminder for people right now?"

As for the driver who struck the boys, we are told he was taken into custody and was released. The case is still under investigation.