Activists marching past Detroit drug house to call for peace

Activists will call for peace and demand a drug house be shut down during a prayer rally Wednesday at 5 p.m. on Detroit's east side. The walk starts at Goddard and Stender and will end at the house where shootings have recently happened.

DETROIT (FOX 2) - Activists will walk past a Detroit drug house where two men were shot last month as they call for peace and for it to be shut down.

They will start marching at Goddard and Stender at 5 p.m. Wednesday. They will end the walk in front of the home on Lumpkin near Nevada.

Shabazz said his brother-in-law, C. Leon Goodin, is in critical condition after last month's shooting. Goodin, a Vietnam veteran, was shot in the head when he visited the house while struggling with drug addiction.

"He has to rehab, walking, talking, thinking - his memory," Shabazz said. 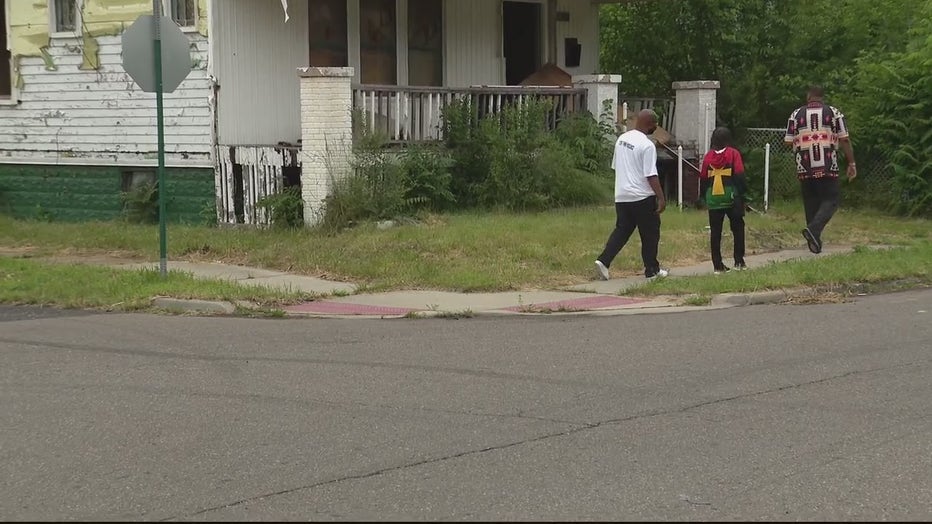 Detroit police said the house has been on their radar for several months.

Johnson said police areworking to have the house forfeited through nuisance abatement. He said they've also raided other suspected drug houses nearby.

Meanwhile, police, Crime Stoppers, and more are partnering with Shabazz for the walk to also call for peace.