FOX 2 - State Rep. Jewell Jones (D-Inkster) was arraigned Friday via a Zoom conference in Livingston County accused of driving drunk and resisting arrest after a crash on I-96 on April 6.

Rep. Jewell Jones' impaired driving is alleged to have spanned from Southfield to Fowlerville, where his SUV was found in a ditch off I-96.

It is alleged that Jones drove drunk, more than twice the legal limit for at least 50 miles with his Glock pistol in the cupholder. And when he eventually crashed his SUV he allegedly became combative with police and even a paramedic who tried to help.

Jones' impaired driving is alleged to have spanned from Southfield to Fowlerville, where his SUV was found in a ditch off I-96, said the Livingston County Prosecutor's Office.

FOX 2 received a release from Jones' attorney that said: State Rep. Jewell Jones is presumed innocent and remains so unless he is proven guilty.

On April 6, FOX 2 is told that calls came into 911 with reports of an erratic driver. One witness claims, it was the 26-year-old state rep with a license plate "elected."

"It was reported that the defendant drove his vehicle into the ditch off of I-96, where he and his passenger was located," said Carolyn Henry, assistant Livingston County prosecutor. "His passenger had to be tended to medically by EMS. It was at that time he became extremely uncooperative and confrontational with the paramedics."

Henry says he flashed badges and tried to use his various positions as a lawmaker, member of the National Guard, and as auxiliary police officer in Inkster.

"Due to the defendant's erratic and assaultive behavior towards the paramedics, the police were dispatched to the scene," Henry said. "The defendant's behaviors were reported to be so serious that it escalated to the point that the troopers had to taze and pepper spray the defendant." 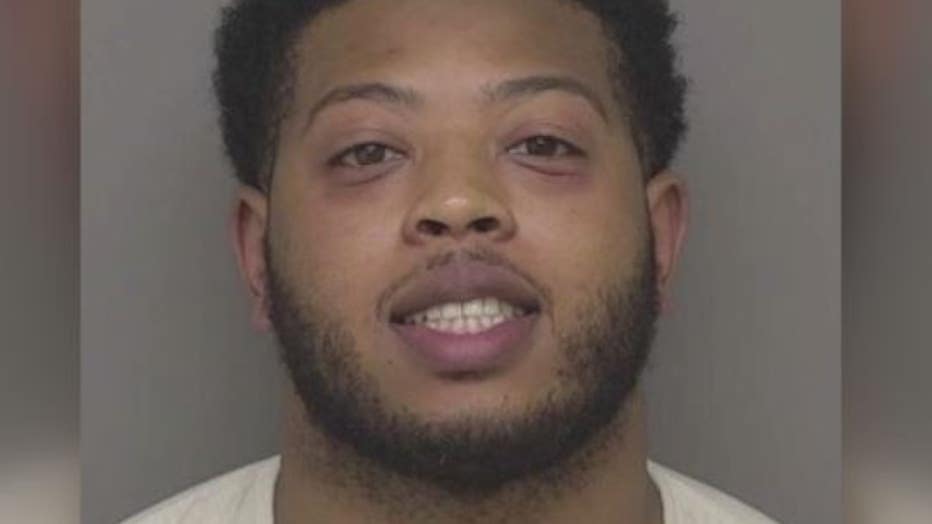 Court records show Jones had a blood alcohol content of at least .17 twice the legal limit. Now, he's charged with four counts of resisting and obstructing a police officer and four other charges.

"This was an extremely serious matter that put the safety of our community at risk," Henry said.

"He's not a threat to the public, he's not a flight risk," said Jones' attorney Ali Hammous. "I'm seeking a personal bond in this case."

A judge agreed with Jones' attoney - setting a personal bond meaning he doesn't have to pay, but added has a slew of restrictions as this moves through court.