DETROIT (FOX 2) - Along Woodward in front of the old State Fairgrounds, protestors called for a halt to bring Amazon to Detroit.

"This is our first actual protest here at the site, but actually speaking, we've been trying to attend all the meetings sponsored by the city," said Frank Hammer, protest organizer.

Protesters also have environmental concerns are worried about an increase in traffic and and a decrease in air quality.

The $400 million Amazon Distribution Center is slated to be built at the old State Fairgrounds. But some have raised questions including US Rep. Rashida Tlaib (D-Detroit) about working conditions and the possible demolition of historic buildings.

"Some of my happiest memories were here, my father used to bring me here all the time," said one protester.

Protestors also have environmental concerns are worried about an increase in traffic and a decrease in air quality.

"I live in this area, I'm a native Detroiter and I'm just concerned about my neighborhood and my city," said Earline Smith.

Bringing Amazon to Detroit would mean 1200 permanent new jobs, not to mention all the temporary construction jobs. The distribution center would be built on a 142-acre plot of land. 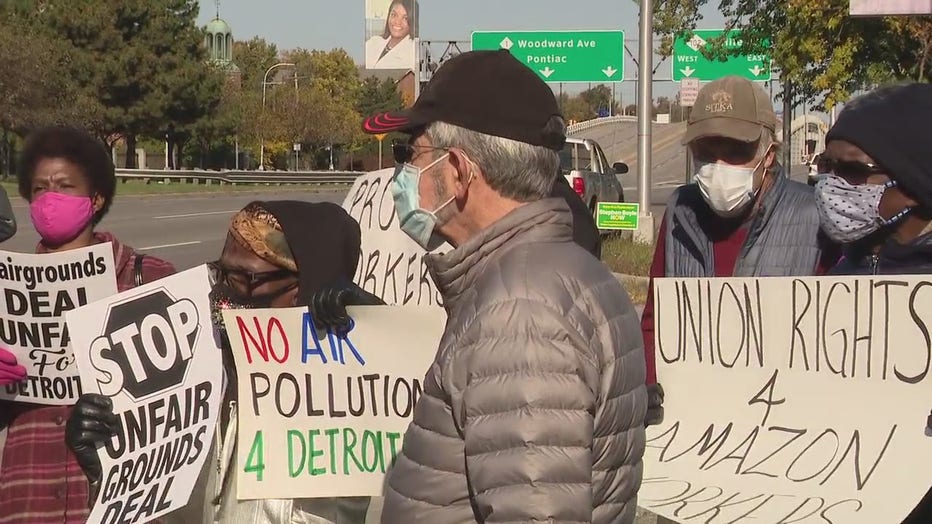 "My job is to worry about getting Detroiters back into the workforce every day," said Nicole Sherard-Freeman, Workforce Development for Detroit. "If we have those jobs, we have a much better chance of getting Detroiters into those jobs than if they are out in the suburbs somewhere."

The city says there are no tax abatements for the proposed project, yet it would generate $43 million in tax revenues over the next 10 years.

"For some they see it as a patch of land that needs some improvement and other folks they see it as a place for where their heart and their memories are," Freeman said. "I respect all of that. I am looking at it as a chance for Detroiters to improve their economic condition." 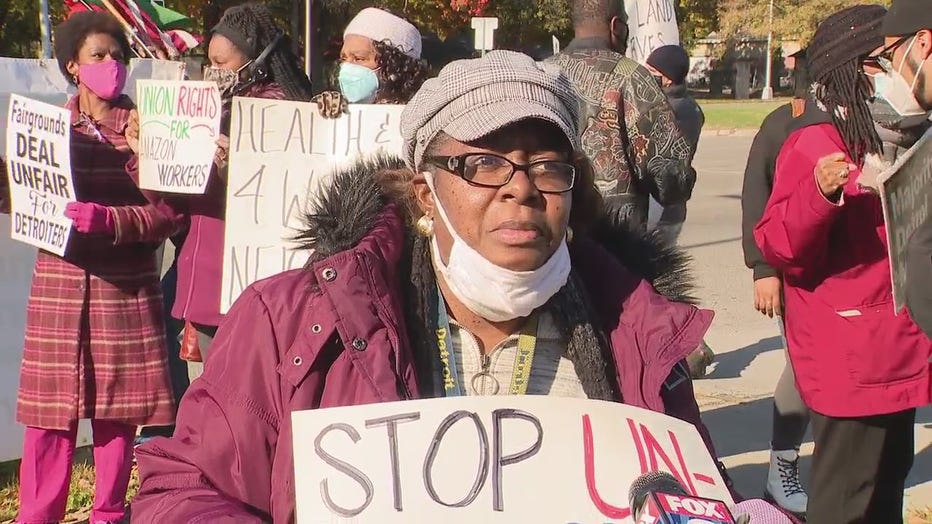 The Detroit City Council is expected to discuss the proposed plan next week.