DETROIT - Twelve years ago, a 10-year-old was raped by a man who fled to Mexico. More than a decade later, he's finally in custody and back in Detroit. But that little girl is now a full-grown woman, with a little girl of her own.

Corey Gaston is being held without bond in the Wayne County Jail after he was arrested earlier this month in Mexico for raping the 10-year-old in 2007.

As he awaits his court hearings and trial, that girl is a woman and is telling her story for the first time.

It was June 27th, 2007. Sharday was enjoying her fun summer Detroit day at the pool. She went to bed and fell asleep until her window fan crashed to the floor. Sharday was still half asleep and in a daze and thought the man in her room was her cousin. But then he grabbed her, took her to an alley, and brutally raped her.

We're going to call her Sharday but she wants to remain anonymous, for obvious reasons. She's now 23 and is the mother of a 4-year-old girl. But she remembers every detail of that horrific night when she was only 10-years-old.

"Now that I’m a mother, I think about what happened to me and I go crazy if it happened to my baby," Sharday said. "It’s horrible. I was a baby. He was a grown man."

After over a decade of waiting and looking over her shoulder, relief finally washed over her when US Marshalls captured Gaston, one of their 15 Most Wanted, in Mexico.

It was June 27th, 2007. Sharday was enjoying her fun summer Detroit day at the pool. She went to bed and fell asleep, until her window fan crashed to the floor.

Sharday was still half asleep and in a daze and thought the man in her room was her cousin. But then he grabbed her.

"(He) put me over his shoulder. I was young I didn’t know what was going on," she said.

She said the man told her that her mother was looking for her, took her to a nearby alley, said he had a weapon, and then he brutally raped her.

"I was quiet the whole time because he was threatening me," Sharday said. "(He said) no one‘s going to hear you. You’re gonna die if you scream."

Sharday said he only took her back home because he had dropped his cell phone. As he looked for it, she desperately banged on her older brother's window and woke him up.

"I just started crying saying I got raped and the guy took off running," Sharday said.

Sharday bravely told her parents and police what happened. Gaston was quickly arrested and his phone and DNA were both found at the home.

But Gaston paid bond and disappeared in 2008

For the next 12 years, Sharday and her mother were discouraged. That changed October 1st in Guadalajara, Mexico. She said she didn't believe it.

"I didn’t believe it was true until I saw the news," Sharday said.

Gaston was returned to Detroit and given a $250,000 cash bond and a GPS tether. The bond was revoked Friday after Gaston was considered a flight risk.

"There should never have been a bond in the first place," Sharday said.

Gaston is due for a pre-trial hearing this week. Sharday and her mother are ready. But they also have a message for the police.

"Thank you. I love y’all. You’re my family because y'all did your job. Thank you." 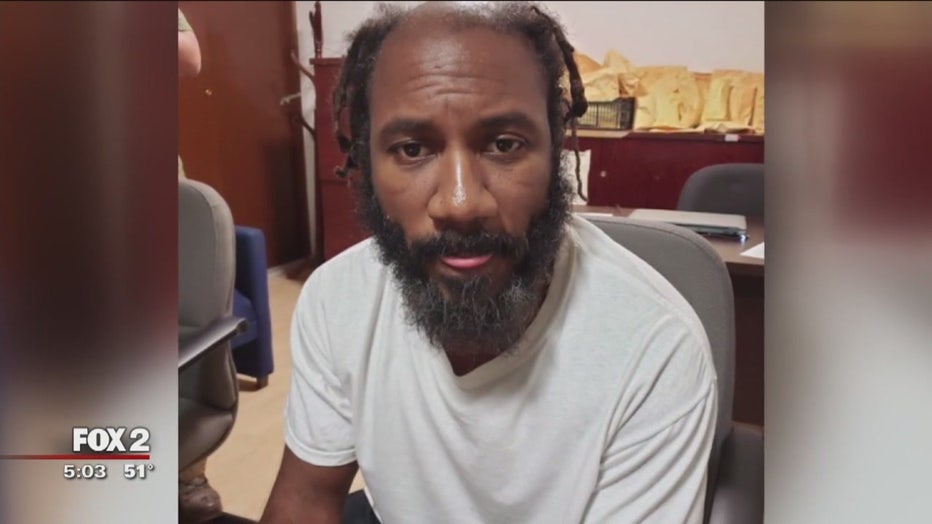