RIVER ROUGE, Mich. (FOX 2) - "I felt uncomfortable, I am already frightened to go to work," Felicia Beard said. "I was already intimidated."

Felicia Beard worked for the River Rouge Police Department for 17 years, but the 911 dispatcher says the racism, harassment and inappropriate behavior by officers eventually became unbearable.

Felicia Beard worked for the River Rouge Police Department for 17 years, but the 911 dispatcher says the racism, harassment and inappropriate behavior by officers eventually became unbearable.

"This officer would disrespect me, he would swear at me," she said. "And it really got nasty, when he called me 'Aunt Jemima' that's a very racial remark."

Beard says she reported the many incidents to her director, but when nothing was done, she then began documenting how she was being treated.

Her breaking point came when an officer pointed a taser at her and said they should use her for target practice.

"I asked him was he crazy?" she said. "And I sat down at my desk, I could see the green beams turned and I looked and there was a Taser."

Attorney: "Did he point it at you?"

She filed a complaint with her union and couldn't believe what happened next.

"The same day I made the complaint, three hours later I come home and there is a letter in my mailbox 'You are terminated immediately,'" she said.

Her attorney, Michael Fortner, plans to file a multi-million dollar lawsuit against the department.

Multiple Civil Rights organizations are also asking the feds to investigate the police department and the mayor's office regarding policies and practices that they claim has led to racial profiling and mistreatment of Black motorists and prisoners. 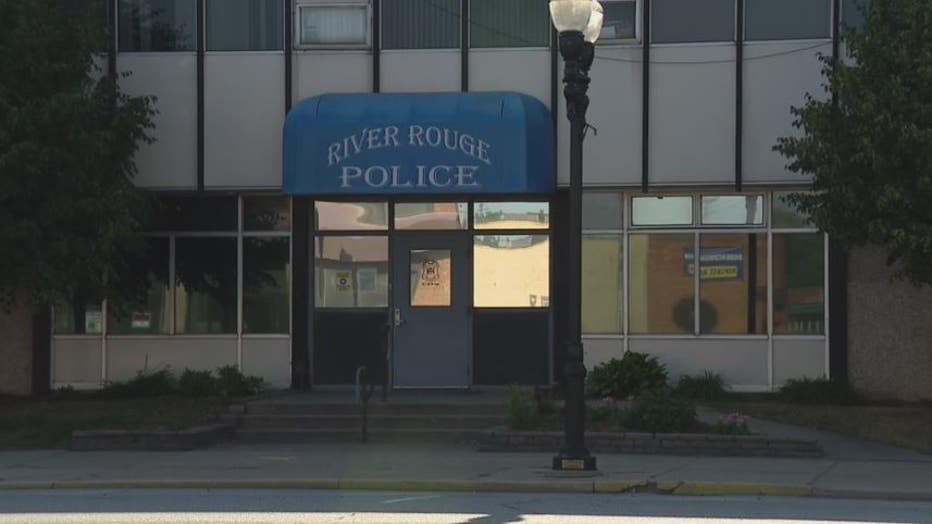 "We want to get everybody justice because if you just want to go to your job, go to work, you should be able to do that without retaliation," said Jahdante Smith, Church of the Messiah. "This woman is traumatized."

So traumatized that after the press conference, the long-time River Rouge employee broke down in tears.

"It'll be alright," Beard's husband said, putting his arm around her. "Pull yourself up."

"We are not tolerating it," Fortner said, "we are not accepting it period."