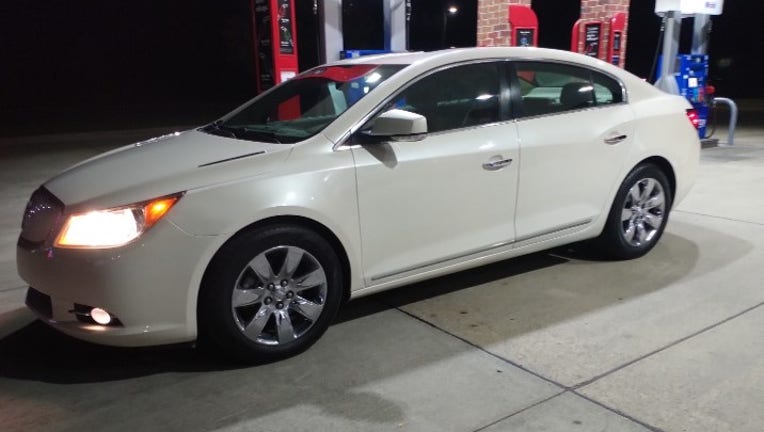 Rochester Hills Police said a man who was selling his 2012 Buick LaCrosse was given over $12,000 in fake money

ROCHESTER HILLS, Mich. (FOX 2) - The Rochester Hills Police Department said the owner of a 2012 Buick LaCrosse was swindled out of his own car after thieves were able to convince him that $12,000 in counterfeit cash was real money.

According to police, the victim posted his pearly white 2012 Buick LaCrosse with 99,000 miles for sale on Craigslist. On Sunday, two adult men between 40 and 50 arrived and took the car for a short test drive, and ultimately agreed to buy it.

The buyers returned to the elderly man's home and counted out $12,150 in cash - all in $50 bills - in front of the man. They counted it twice and insisted that they count it.

The man collected the cash, gave the keys and title, and completed the sale. Once the men left in the car, he went inside and noticed that the money seemed to feel different from regular cash; he said it didn't have the right texture.

Then he looked closely and noticed all the serial numbers on the $50 bills were the exact same.

The two men had given him phone numbers but when he tried to call them, neither was working. Police said the numbers were fake.

The man went to the Oakland County Sheriff's Office - Rochester Substation to report the vehicle stolen and to turn in the counterfeit cash. Unfortunately, the car was not technically stolen because the man had received payment, even if it was counterfeit.

READ NEXT: Massive brawl breaks out at Ypsilanti Cinemark on $3 movie ticket day

The two suspects went by the name Keith and John. They were both were Black men and drove off in the 2012 LaCrosse and a 2008 light blue Chevy Malibu. Police said they believe the two men may have traveled from the area of I-275 and that Keith talked about growing up and doing roof work near Holly, Michigan.

Police said the car is likely long gone by now and are urging other people to be on the lookout for fake money.

They also offered tips about selling a car: take pictures of driver's licenses, purchase a counterfeit marker, and count the cash yourself.