"It made me feel disgusted - I couldn't believe it," said Carolyn Lett, the director of diversity at Roeper. "When I first saw it, I'm trying to make sense of it myself."

And that’s coming from the Director of Diversity at The Roeper School.

That teacher, who is Asian-Pacific American, was put on administrative leave since our story aired this week.

"When this was brought to her attention she was horrified herself, and almost like beating herself up, like 'How did I miss this,'" Lett said. "That's how she explained it."

The lesson originated from Duke University – created by two undergrad students. It was removed from it’s website, Thursday.

The Roeper School - founded on the principles of inclusion and diversity - continues to apologize.

"It is made all the more challenging for us because it is the antithesis of who we are as a school," said Clay Thomas, chair of Roeper Board of Trustees.

"I think that this is a reminder to continue checking our bias," Lett said.

So many continue asking, how could that teacher miss this? Clergy and officials – with an emergency meeting to condone the racist messaging Friday in Pontiac.

"I share in the harm that has been inflicted by the proliferation of such hate-filled propaganda," said Rev. Keyon Payton, New Bethel Missionary Baptist.

Reverend Keyon Payton is leading the charge, surrounded by religious leaders and politicians. This included Oakland County Prosecutor Karen McDonald who said racial insensitivity in some cases, leads to violence.

"We have a lot more to do and candidly, you all know that (this is) not where we need to be giving these speeches - we need to give these speeches in communities that are completely unaware or have decided not to care," she said.

Reverend Payton extending an invitation to The Roeper School for a sit down with leaders and is waiting on a response. 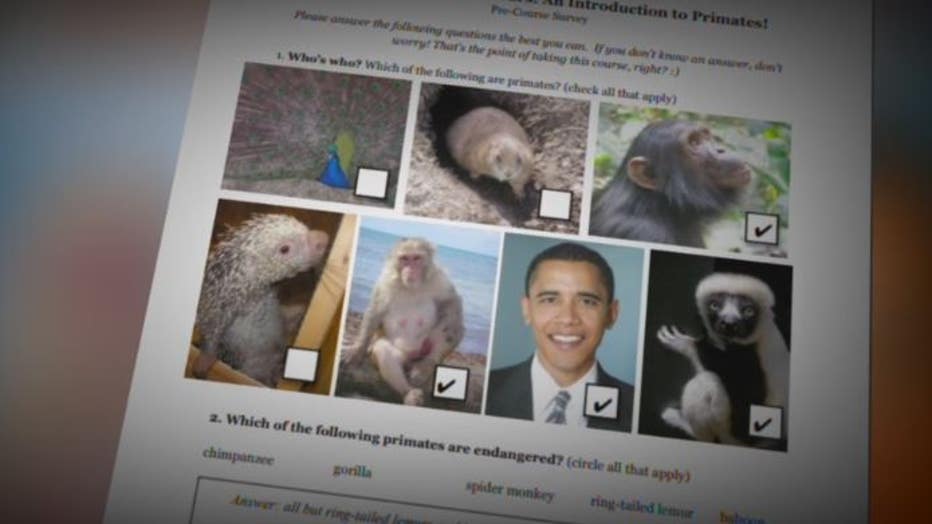